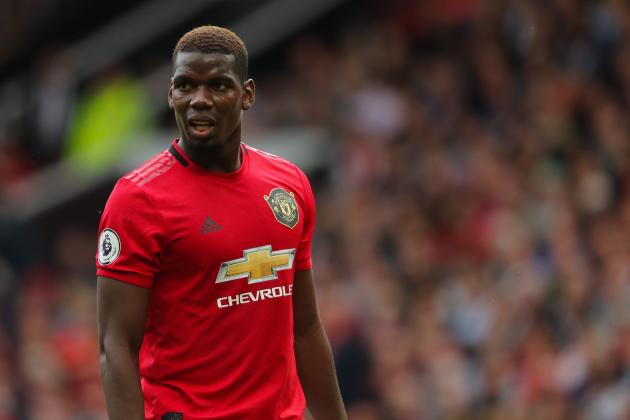 Paul Pogba's brother Mathias has said Real Madrid shouldn't give up on signing the Manchester United star before the end of the summer transfer window.

Los Blancos have been linked with the Frenchman throughout pre-season, with Pogba himself saying ahead of the new Premier League campaign that he would be open to taking on a new challenge.

With the transfer window now shut for English teams, it's anticipated United are unlikely to let the midfielder move on as they would be unable to sign a replacement. But speaking to El Chiringuito (h/t AS), Pogba's sibling said he thinks a deal can still be done to take the player to the Santiago Bernabeu to work under manager Zinedine Zidane.

"[President] Florentino [Perez] can still bring my brother to Madrid," he said. "... Who does Zidane really need in his team? My brother, of course. My brother, and another midfielder on top of that, I think."

Mathias, who plays for fourth-tier Spanish club CD Manchego, also said he thinks a €200 million (£182 million) valuation being placed on his brother by the Red Devils is unrealistic.

Madrid have been active in the transfer window already this summer, although they appear keen to strengthen their midfield. Per The Spanish Football Podcast, speculation emerged earlier this month saying Real will turn their attention away from Pogba and towards Ajax star Donny van de Beek:

At this point, it's difficult to envisage any scenario in which Pogba makes the move to the Spanish capital because he's too important to United.

The influence of the former Juventus man has been much discussed during his time at Old Trafford, but there's no doubt he is going to be the key man for Ole Gunnar Solskjaer's side in midfield in 2019-20.

In United's Premier League opener, Pogba showed what he can offer, as he turned on the style in the second half to set up two of his team's goals in the 4-0 win over Chelsea. Per Squawka Football, he has long been United's most creative player:

Most Premier League assists for Man Utd since 2016-17:

Bleacher Report's Rob Blanchette commented on how much emphasis there is on Pogba:

Midfield remains #MUFC's weakness. There's way too much emphasis on Pogba doing everything. McT was OK, and besides his assist, I thought AP was miles off the pace. OGS has to find a solution in terms of creativity. Room for Angel Gomes? I think so.

Madrid's midfield struggled a little last season. The trio of Luka Modric, Toni Kroos and Casemiro have been important to the team's dominance of European football, but they all toiled at times last term.

Pogba, with his ability to burst forward and score goals, would add a different dimension to the team's play. However, United will surely resist any offer for the player at this point, meaning Madrid may have to wait until next summer to get their man.