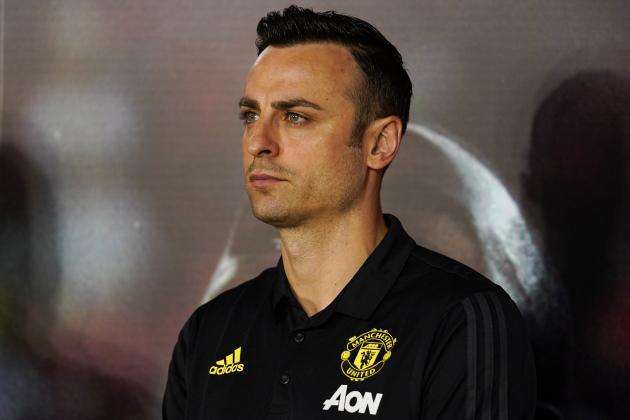 Former Manchester United striker Dimitar Berbatov has said his only hope for his old side heading into the 2019-20 campaign is that they're "f--king better" than last season.

The Red Devils finished sixth for the second time in three seasons at the end of 2018-19, but expectations are higher after they started the new term with a 4-0 throttling of Chelsea on Sunday.

Berbatov told the Daily Star (h/t Goal's Chris Burton) what needs to happen at Old Trafford this season, with his former team set to take part in the UEFA Europa League after missing out on the UEFA Champions League:

"There's only one thing I'd like to see—a better performance than last season. The way we finished was disappointing. So this season, hopefully they can perform better. Not only one player but everybody as a group. They must say to themselves 'okay, we need to be f--king better.'"

The 38-year-old left Old Trafford in 2012 but made a significant impact during his four-year spell with United, winning two Premier League titles, one League Cup and one FIFA Club World Cup.

The win over Chelsea suggests United can do better in 2019-20. Marcus Rashford scored twice during that game, and Berbatov recently commented on Paul Pogba's assist for his second as evidence as to why he must stay, as Goal shared:

Berbatov: "Zidane would love to bring Pogba to Real Madrid but, against Chelsea, we saw why Solskjaer is determined to keep him.

“Pogba's perfect pass to Rashford for United's third goal was what I call 'pure football'."

Ole Gunnar Solskjaer took over the club midway through last season and showed promise early on. However, United ended the campaign losing eight of their final 12 games.

Summer signing Daniel James came off the bench to score a debut goal against Chelsea, while Anthony Martial's strike proved his finishing touch, as NBC Sports shared (U.S. only):

Berbatov recently spoke to Betfair (h/t Burton) and praised United's summer signings in defence, as well as complimenting Martial on his potential to emerge as a star man up front.

Martial, 23, scored 12 times in 38 appearances last season but is still hoping to beat the career-best tally of 17, which he managed in 2015-16—his debut season at United.

Harry Maguire's impact could be massive at Old Trafford too. He was named man of the match against Chelsea despite Rashford's brace and Pogba's two assists.

Journalist Jamie Jackson recently appeared on Love Sport Radio and predicted the former Leicester City's arrival will have a drastic improvement upon United's back line:

Berbatov is studying his UEFA coaching badges and could eye a future in management, with the Old Trafford touchline a possible dream destination for the United fan favourite.

We'd like to send you the most entertaining Manchester United articles, videos, and podcasts from around the web.