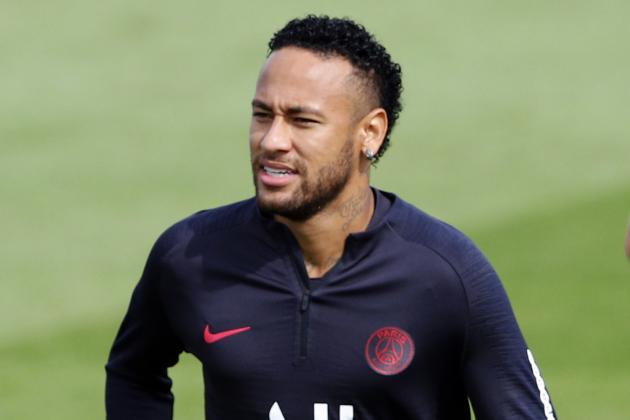 Barcelona manager Ernesto Valverde has refused to be drawn on continued speculation linking Neymar with a return to the club from Paris Saint-Germain.

Rumours about a major transfer involving the Brazilian has been ongoing this summer, with both the Blaugrana and Real Madrid linked with a possible move for the PSG star.

On Thursday, Valverde was quizzed about Barcelona's interest and played down the intensifying rumours linking Neymar with a second spell at the Camp Nou, per Jamie Smith of Goal:

"I'm outside all these matters and focusing on coaching the team. I have enough to think about ahead of the game without thinking about players from other teams. We need to respect players that play for other clubs. He belongs to PSG right now so, no, I have nothing to comment on right now.

"I have a squad to consider, and I think about them for tomorrow. What happens after that is a problem for the future. I'm very happy with the squad, and I have no reason to talk about players in other teams."

ESPN FC recently reported that Barcelona were willing to part with Philippe Coutinho, Ivan Rakitic and £91 million to get Neymar back to the club:

Barcelona are open to offering Ivan Rakitic, Philippe Coutinho and €100M for Neymar, according to @ESPNFC pic.twitter.com/xIb4E2mxMY

Valverde was asked about Rakitic and his position in the squad. "He's a very important player for us. He has been for my two years here," he said. "I hope he will continue doing so."

With the transfer deadline on September 2 edging closer for the Blaugrana, time is running out to get any transfer finalised. French football journalist Jeremy Smith relayed the latest coverage on Barcelona's interest from L'Equipe:

In meantime, PSG examining other possible terms. Coutinho and Semedo have already been identified but they've now also made contact with Ousmane Dembele (of whom Leonardo, NAK and Mbappe are all fans). Tuchel of course has a link with him too from Dortmund.

Dermot Corrigan of ESPN FC noted that the Catalan-based media continue to cover the interest from Barcelona extensively:

Neymar on the front of both Sport and Mundo Deportivo, while Adrian is on cover of Marca and AS, possibly a pointer to how confident Barca and Madrid feeling about Neymar....

Neymar shocked the footballing world when he made the move to PSG from Barcelona in the summer of 2017.

While the forward has excelled when he has got on the field for his current club, injuries have prevented him from playing a part in crucial points in the previous two campaigns. Meanwhile, with rumours arising about a possible transfer this summer, the PSG supporters appear to have turned on the player.

Per BT Sport Football, at PSG's 3-0 win over Nimes on Sunday, there were banners encouraging Neymar to move on:

The PSG fans have lost patience with the Brazillian 👀 pic.twitter.com/JwAF0HWCXk

Barcelona will likely be hoping the unrest off the field will help them get a deal done for the 27-year-old in the coming days, although it appears the two clubs are well apart in their valuations of the player.

Any transfer involving a footballer as high profile as Neymar will be complicated, and the prospect of other players being included in the package will only make matters more difficult for the Blaugrana. With that in mind, it feels far from a guarantee that the Brazil star will be back at Barcelona before the window shuts.