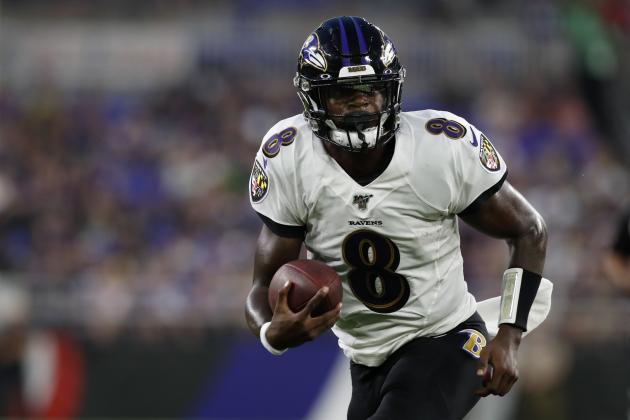 Former NFL star Michael Vick once said that Lamar Jackson was "five times better" than he ever was in college.

Well on Thursday night against the Green Bay Packers, Jackson had the opportunity to channel his inner Madden 2004 Vick.

Jackson added an early submission to his 2019 highlight reel with a dazzling 18-yard touchdown run late in the first quarter. After pulling the ball down and running with it, the 2016 Heisman Trophy winner shook off one Packers defender and then hurdled over another on his way into the end zone:

Lamar went Madden on this run 🎮

It wound up getting wiped out by a penalty—but it doesn't get much better than that run.