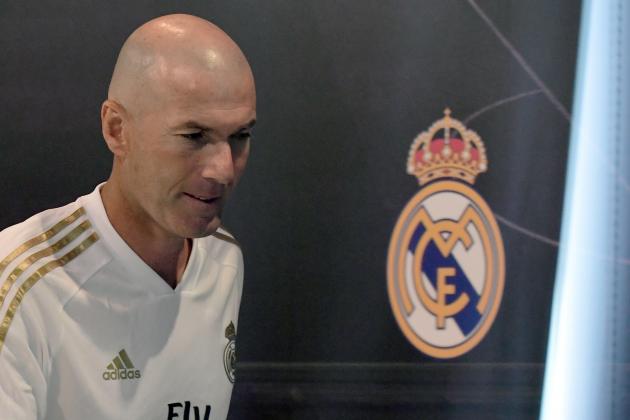 Real Madrid travel to Celta Vigo on Saturday, with Eden Hazard set to miss out on his La Liga debut through injury.

The Belgian superstar finally arrived at his dream destination in the summer after being linked to Los Blancos for years, but Real confirmed on Friday Hazard has suffered a thigh injury.

Madrid president Florentino Perez revamped his squad in the offseason, spending in the region of €300 million (£275 million) to provide Zinedine Zidane with fresh talent.

Real ended last season third, also surrendering their UEFA Champions League crown in the round of 16 against Ajax with an embarrassing 4-1 home loss in the second leg.

Madrid, 33-time Spanish champions, have had a 12 months to forget.

Losing both Zidane and Cristiano Ronaldo in one summer proved to be too much for the club, and they won only 22 of their 38 league games last term. The collapse triggered Zidane's return, and following this summer's spending spree, the Frenchman is charged with writing another glorious chapter in the team's history. 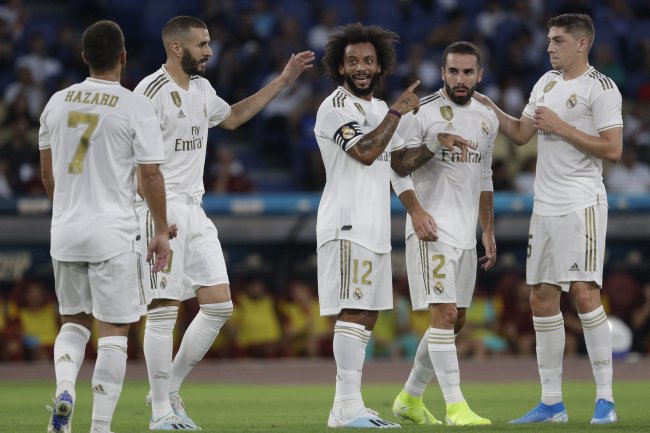 Hazard will believe he is the man to replace Ronaldo's magic when he returns from injury. However, his arrival hasn't seen an upturn in form. Real have appeared weak in pre-season, and a 7-3 defeat to Atletico Madrid suggests the club's issues from last term could carry over into this campaign.

According to Marca's Miguel Angel Lara, Zidane seems confident despite the lack of quality in his side's pre-season performances.

"The Madrid fans do not need to be worried—I am always positive," Zidane said. "Always. I know it is complicated because we have just finished a difficult season and because things have not started well. I know that we have a great team—what we need is to win a game. We just need that." Militao impressed during his stint at Porto, but at 21, he is not the finished article. Mendy has two seasons at Lyon under his belt, but the France international will have to step up his game at the Santiago Bernabeu Stadium.

Celta are a good opening opponent for Real after a lacklustre season. The Sky Blues ended last term in 17th, dodging relegation by only four points. Vigo came sixth in La Liga four seasons ago, and they should have aspirations to reach the top 10 once again. Club legend Iago Aspas remains with the team, but he is a doubt for the opening portion of the campaign after suffering a knee injury in pre-season, per Football Espana. 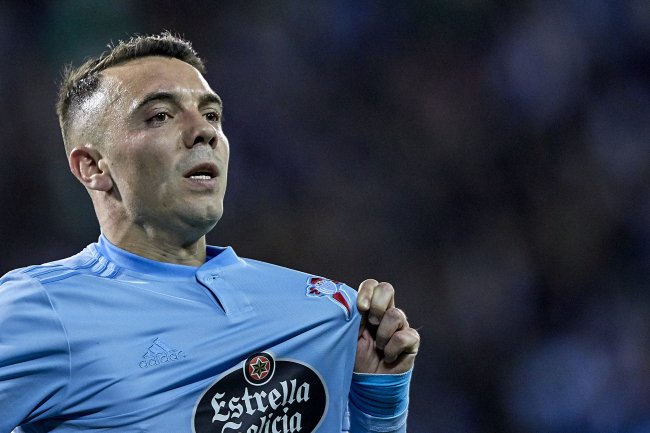 The 32-year-old scored nine goals in his side's final nine matches last term to secure his side's safety. His availability will be vital for Fran Escriba's side if they are to take strides back towards the European places in La Liga this term.

New arrival Denis Suarez will hope to be key in that effort. In the 2015-16 season with Villarreal, Suarez recorded four goals and six assists in 33 league appearances, but a move to Barcelona the following summer saw him reduced to a bench role. He spent last season with Barca and Arsenal, joining the Gunners on loan in January, but played a total of just 74 league minutes across six outings for both teams.

We'd like to send you the most entertaining Real Madrid articles, videos, and podcasts from around the web.