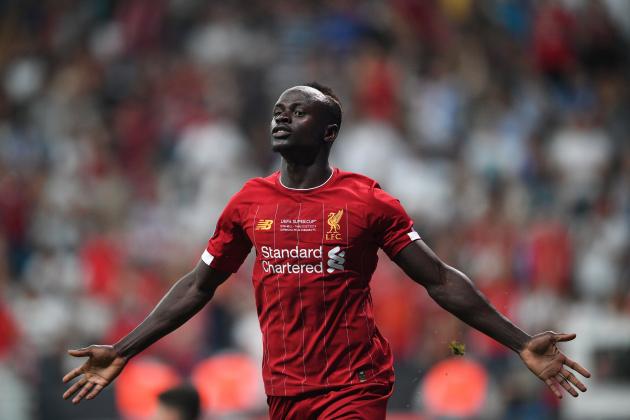 Jurgen Klopp's side emerged victorious after a 2-2 draw over 120 minutes in humid conditions on Wednesday night but must now return their focus to domestic matters.

The two teams enjoyed contrasting fortunes on the opening weekend of the season. The Reds beat Norwich City 4-1 at Anfield while Southampton were thumped 3-0 by Burnley at Turf Moor.

Liverpool will have to cope without injured goalkeeper Alisson Becker for the trip to Southampton, after he was ruled out for several weeks, per Malik Ouzia at the Evening Standard.

Adrian stood in for the Brazilian and helped Liverpool win the Super Cup by saving Tammy Abraham's penalty to give his side victory in the Super Cup.

However, he picked up injury during the post-match celebrations and is a doubt for the game:

Jurgen Klopp on the incident involving a Liverpool fan which led to Adrian's injury pic.twitter.com/gDAbibwi2J

Liverpool may have to turn to their 35-year-old fourth-choice goalkeeper Andy Lonergan against Southampton, as Caoimhin Kelleher is recovering from wrist surgery:

35y 302d - Should he debut for Liverpool tomorrow, Andy Lonergan will be the oldest Englishman to make his Premier League debut in the 21st century, aged 35 years and 302 days. Evergreen. pic.twitter.com/lZRTnaR2BT

Trent Alexander-Arnold, Roberto Firmino and Georginio Wijnaldum could come back into the starting XI for the game after only being used as substitutes during Wednesday's win.

Klopp will need to rotate given his side were in action in midweek, and he may also have concerns over his team's defence.

The Reds had the meanest back line in the top flight last season, conceding just 22 goals in 38 games, but the team have looked uncharacteristically vulnerable in their games against Norwich City and Chelsea, as noted by football writer Joel Rabinowitz:

Midfield getting constantly overrun and not able to feed the ball to the front three. Result is that defence is left badly exposed, and attack starved of service. Shape really needs fixing second-half. Gaps all over the show.

Southampton will hope to to take advantage of any fatigue or sluggishness from the visitors as they aim to pick up their first points of the new season.

Manager Ralph Hassenhuttl said his team have been working "very hard" after losing their opening game to Burnley:

#SaintsFC boss Ralph Hasenhüttl says he has no injury concerns at this stage ahead of Saturday's home #PL fixture against #LFC: pic.twitter.com/rttOEnFYhx

The German also told reporters he is confident his players will "show a reaction" to being beaten 3-0 at Turf Moor.

Southampton have improved under Hassenhuttl and gave Liverpool a scare when the two teams met in April. Liverpool were forced to come from behind and needed late goals from Mohamed Salah and Jordan Henderson to secure a 3-1 win.

The Reds are clear favourites to pick up all three points again, although their midweek exploits in Turkey mean this could be a tricky test for the European champions.