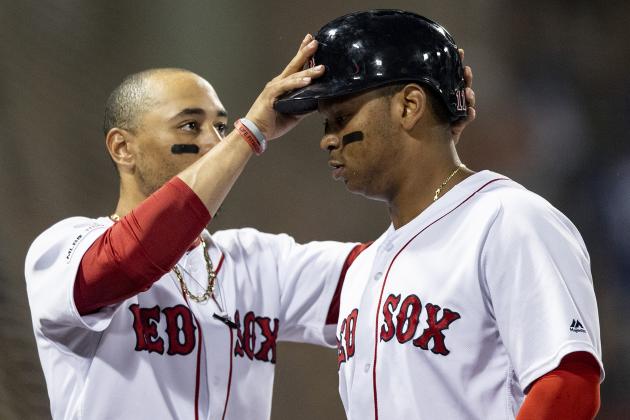 Rafael Devers is the most exciting young player on the Boston Red Sox.

Soon, he may take on another title: the face of the franchise.

Tack on his 6-for-6 performance in a 7-6 win over the Tribe on Tuesday, and he became the first Red Sox player in 81 years to record a hit in eight straight plate appearances. In that 6-for-6 outing, he also became the first player in MLB's modern era to notch six hits with four doubles.

To state the obvious, the kid can rake. 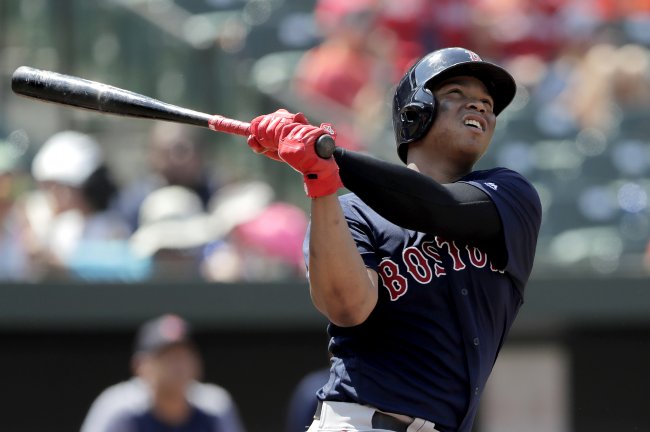 The Red Sox have endured an up-and-down season. They hoisted the Commissioner's Trophy in 2018, but they're now buried in third place in the American League East at 64-59, 17.5 games back of the archrival New York Yankees. With 39 games to go, they aren't even in the second wild-card position.

It soon may be time for major change in Boston.

"I was told by sources today that there is a belief in the industry—now, this is not coming from the Red Sox—but they believe at this point in time that the Red Sox will at least listen—yes, listen—to trade offers for Mookie in the winter. ... Not saying there's going to be a deal, but from what I've been told by sources today, there's a pretty strong belief at least Mookie will be available."

There's plenty of wiggle room in that statement. Betts is 26 years old and is under club control through 2020. But as Mike Axisa of CBS Sports outlined, the Red Sox could find a partner such as the prospect-rich Atlanta Braves willing to surrender blue chips for a player of Betts' caliber.

Boston may hang on to Betts and go through the arbitration process one more time (he's making $20 million this season). Or maybe the Red Sox will push hard for an extension, although that seems unlikely considering Betts rejected an eight-year, $200 million extension following the 2017 campaign.

If the Red Sox decide to trade him for a gaudy MiLB haul, consider Devers his heir apparent.

No, Devers doesn't boast the same track record as Betts, who has made four All-Star teams and won a trio of Gold Gloves in addition to his MVP. If Betts exits via trade or free agency, it'll hurt. A lot.

Yet Devers is hitting the cover off the ball, won't reach arbitration until 2021 and hasn't entered his prime. 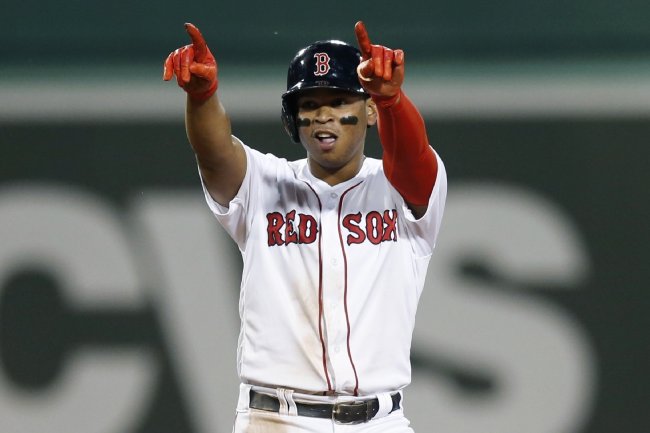 If you're a Sox fan seeking reasons to be excited, here's one.

"I mean, Devers is in one of those streaks right now where it looks like he's playing softball," Indians skipper Terry Francona told reporters after he opted to intentionally walk Devers on Wednesday in the seventh inning, immediately before Xander Bogaerts blasted a three-run homer.

Red Sox manager Alex Cora had a succinct take after the same game: "It's fun to watch."

There are other stars in Beantown: Bogaerts, ace Chris Sale, outfielder Andrew Beintendi, designated hitter/outfielder J.D. Martinez, etc. And the Red Sox could technically do what it takes to keep Betts while enjoying Devers' emergence if they're willing to spend, spend and spend some more.

But if Betts eventually does leave Boston, Devers looks like he's ready to shoulder the mantle of The Guy. The player the Red Sox can lean on when the going gets tough.

It's an impressive list if you go back. Ted Williams. Jimmie Foxx. David Ortiz.

Devers isn't nearly there, but he could join hallowed ranks.

It'll matter a lot more if (when?) Betts is traded or walks away.

All statistics and standings current as of Wednesday and courtesy of Baseball Reference.