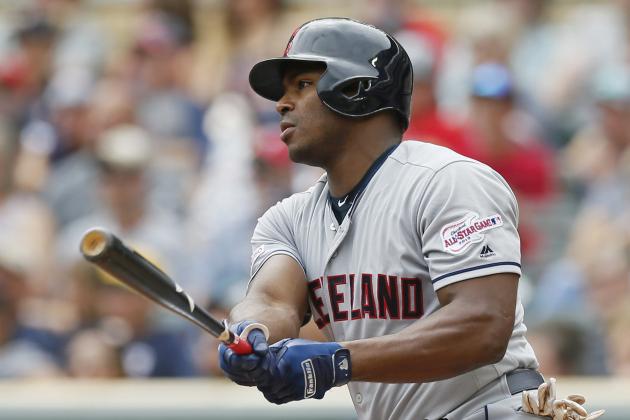 Cleveland outfielder Yasiel Puig became a United States citizen on Wednesday, posting a picture on Twitter to celebrate the moment:

Thank you 🙏 God for this great opportunity to be an American citizen 👌🇺🇸🇺🇸🇺🇸 pic.twitter.com/346P6g89LX

As Zack Meisel of The Athletic noted, Puig is the fourth member of the team to become a citizen this year, joining Carlos Santana, Hanley Ramirez and Oliver Perez.

Puig, 28, defected from Cuba in 2012 with the dream of playing Major League Baseball. He then signed a seven-year, $42 million deal with the Los Angeles Dodgers, spending his first six seasons with the club before being traded to the Cincinnati Reds in the offseason.

We'd like to send you the most entertaining Cleveland Indians articles, videos, and podcasts from around the web.