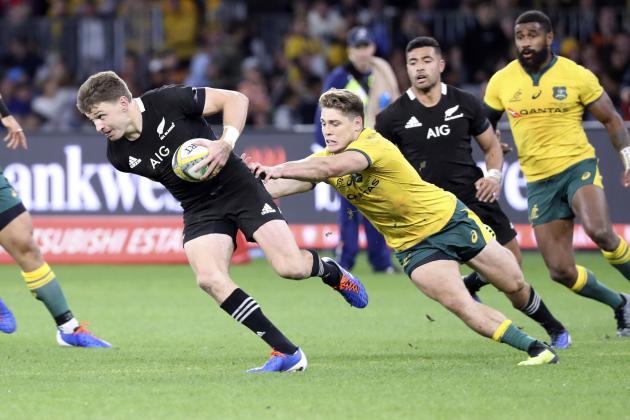 Australia are one win away from ending 17 years of Bledisloe Cup heartbreak, and they prepare to visit New Zealand on Saturday with a chance to win the trophy for the first time since 2002.

The Bledisloe Cup has been reduced to just two matches this year due to the forthcoming Rugby World Cup, but the Wallabies have to win the second match to reclaim the trophy, according to The Roar.

Saturday's contest will be played at Eden Park in Auckland, a venue with one of the fiercest reputations in all of rugby. The All Blacks have won over 85 percent of their matches against the Wallabies in the stadium and haven't lost a match at the venue since 1994.

Australia dominated the first match between the two rivals this year, cruising to a 47-26 win in the Rugby Championship at the Optus Stadium in Perth.

Here are the highlights from Saturday's match:

Australia's win helped South Africa claim the title for the first time since 2009. New Zealand had won six of the past seven editions of the Rugby Championship.

The world champions have been the dominant force in rugby for the better part of the past decade, but cracks have started to show ahead of this year's Rugby World Cup.

In the Championship, they only just beat Argentina and were held to a draw by South Africa on home soil. The heavy defeat against the Wallabies was the clearest sign yet that not all is well with the All Blacks. 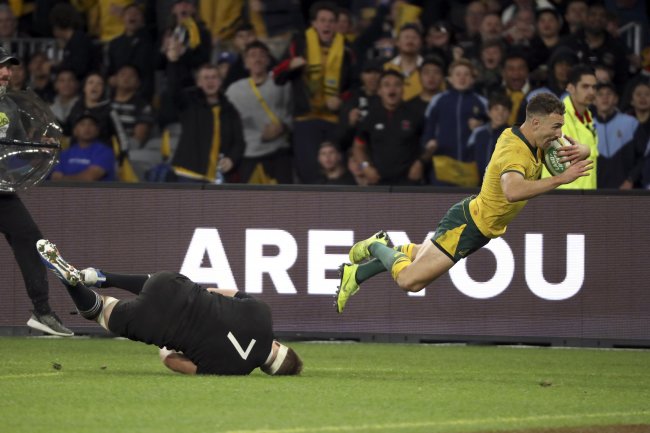 New Zealand have become too reliant on the brilliance of Beauden Barrett and their raw pace and ability on the counter-attack. They are experts at forcing turnovers and capitalising on them, but disciplined teams with a sound plan of attack can stand their ground against them, as the Wallabies did in Perth.

While Australia will travel to Auckland with plenty of confidence, winning at Eden Park is still a daunting task. The high possession totals they managed at home won't be easy to replicate on the road, and the All Blacks will learn from the defeat in Perth, as they continue to tighten their tactical plans ahead of the World Cup.

Prediction: New Zealand tie the series with a win at Eden Park.

We'd like to send you the most entertaining Rugby Union articles, videos, and podcasts from around the web.