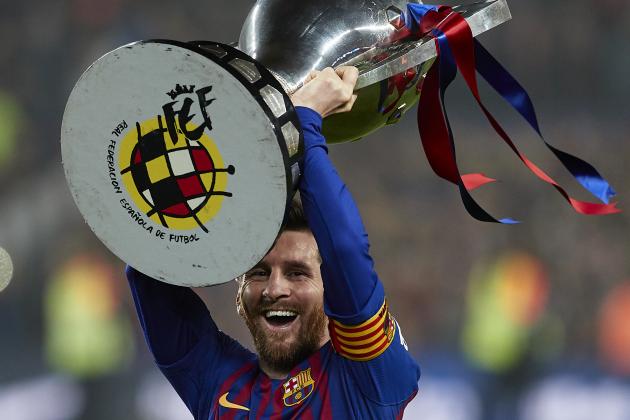 La Liga kicks off on Friday night, with Athletic Bilbao opening up proceedings at home to champions Barcelona. Here is how we think the season is going to go down.

The B/R Football Ranks team also predicted the Liga season. Listen below and subscribe to the podcast here.

Barcelona are looking to do something they've already done twice in their history—win three league titles in a row. It's something only their mythical coaches Johan Cruyff (1991-1993; he added a fourth in 1994) and Pep Guardiola (2009-2011) have managed. Ernesto Valverde will try to emulate their achievements and also help record the club's ninth title win in 12 seasons.

The pressure to maintain the hunger and drive in his squad, who have to labour under the ghosts of recent embarrassing UEFA Champions failure in Rome's Olympic Stadium and Liverpool's Anfield, will be ferocious. Crucially the club has reinforced sensibly, buying world-class players for the first time in five years with the additions of Frenkie de Jong and Antoine Griezmann. 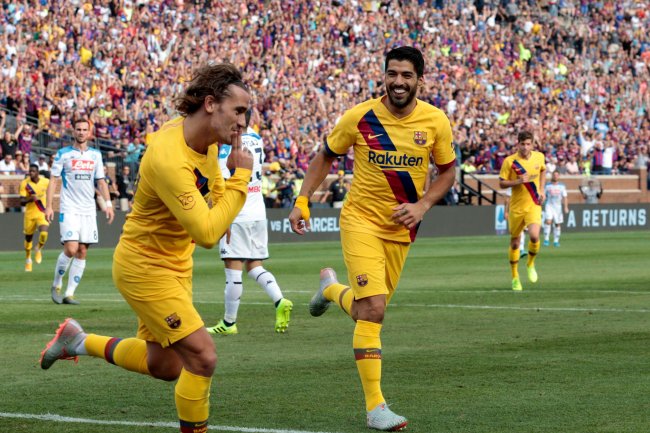 They've also shored up a major weakness last season by bringing in left-back Junior Firpo. The ex-Real Betis player will provide cover for Jordi Alba, whose lapses against Liverpool at Anfield in May were critical.

Captain Leo Messi rightly drew attention to the merit of recently winning so many league titles in his stirring pre-season Gamper Trophy speech at the Camp Nou. His demanding professionalism should see them add another title to his CV, bringing him within one of the La Liga record, which is the 12 winners' medals won by Real Madrid's Paco Gento more than half a century ago.

There is a huge buzz around the Wanda Metropolitano Stadium—which should be a sellout for Atletico Madrid's difficult season opener against Getafe on Sunday night—about the prospects of its team after major and exciting squad surgery.

The changes were enforced by external circumstances—clubs paid buyout clauses for Lucas Hernandez (Bayern Munich), Rodri (Manchester City) and Griezmann (Barcelona)—and internal policy, such as not offering more than one-year contract extensions to players over 30 years of age, which saw the likes of Diego Godin, Felipe Luis and Juanfran depart. 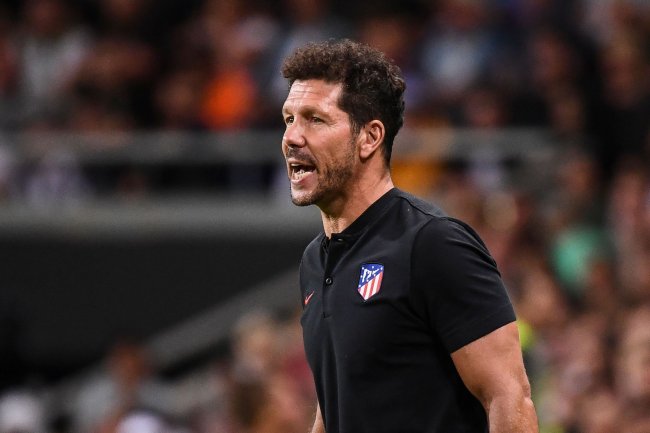 It has meant head coach Diego Simeone has had to replace the team's spine. All the signs are that the job has gone well. Simeone, who is starting his ninth campaign in charge, has brought in one of La Liga's gems in 24-year-old Mario Hermoso from Espanyol to bolster his defence, as well as Felipe, Kieran Trippier and Renan Lodi.

He's added Marcos Llorente and the tigerish Hector Herrera to midfield and Joao Felix, the club's most expensive signing in history, to the attack.

The team's pre-season games were impressive, notably the 7-3 humiliation of Real Madrid in New Jersey, a defeat still reverberating around Spain.

However, doubts remain. Can Diego Costa avoid injury? Can Alvaro Morata, who turns 27 years old in October, finally deliver a full season to warrant his potential? Will Simeone revert to defence-minded type in November if results go against him early in the season, as has happened several times before?

There are just a few too many uncertainties to believe that Atletico can pip favourites Barcelona to the title.

It seems that club legend Zinedine Zidane has been unable to lift the gloom around the Santiago Bernabeu since his return as coach in March. His pre-season has been a disaster—two wins in seven games, 18 goals conceded and statistically the worst performances of La Liga's 20 teams over summer.

There are problems everywhere. Zidane's faith in veteran players means the team's starting XI, which finished 19 points shy of Barcelona in the league last season, will likely be the same again except for the addition of Eden Hazard.

The problem with Gareth Bale—who is in limbo after an aborted attempt to offload him to the Chinese Super League—persists. Defensive vulnerabilities remain, and they are still without a proven top-class goalscorer who can compensate for the departure of Cristiano Ronaldo a year ago. Luka Jovic, bought for €60 million, could eventually fill that void, but he has been scoreless during pre-season and is a gamble for the future. 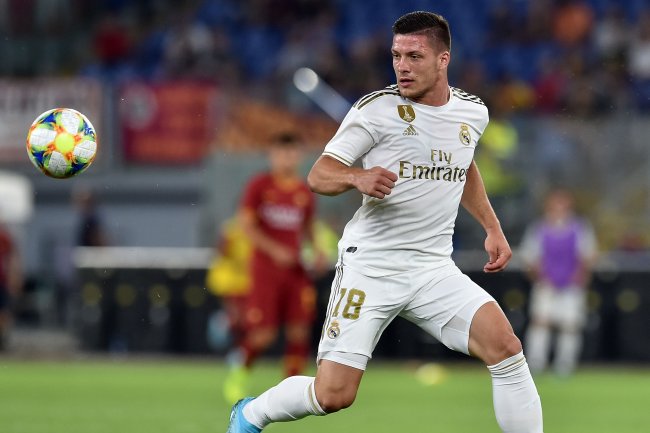 The failure to bring in Paul Pogba—the one express petition made by Zidane—exacerbates problems in midfield, which badly needs a shakeup and is short of backup for Casemiro.

Could the speculated arrival of Neymar bring enough goals and quality to help Real Madrid sustain a title challenge? Unlikely, but it would bring back some excitement to the club, which has been sorely missing since Ronaldo's exit.

Valencia have endured a tumultuous summer at boardroom level, which nearly led to the departure of Mateu Alemany, the business brains behind Valencia's recent resurgence.

With tranquility partially restored, one of Spain's great historical powers should secure the final UEFA Champions League spot given their nearest rivals, Sevilla, have the difficult job of assimilating more than 10 new players and a change of trainer in former Real Madrid boss Julen Lopetegui.

Valencia's big bet is on the bull-like Uruguayan centre-forward Maxi Gomez. After signing from Celta Vigo, it will be interesting to see if he can take the step up. 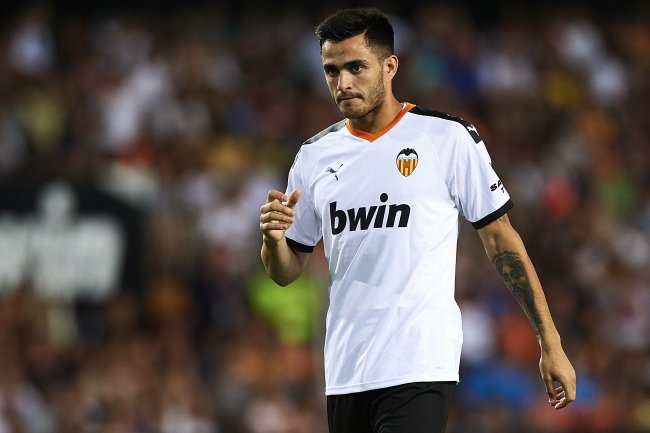 There are also question marks over Goncalo Guedes, the team's most talented player, who has yet to fulfil his potential.

And watch to see if Ferran, the sensation of Spain's UEFA European Under-19 Championship win over the summer, will get many opportunities.

Elsewhere, Marcelino's team is solid, built on the personality, technical ability and leadership of Dani Parejo, who has belatedly grown into one of La Liga's finest midfielders.

Real Valladolid, who had the lowest wage bill in La Liga last season, pulled off a near miracle in staying up. By adding Sandro Ramirez on loan from Everton as their major squad addition, they're hoping to repeat the trick this season. However, they will probably fall short.

Granada's best player, 27-year-old Portuguese goalkeeper Rui Silva—who only conceded 27 goals in 40 games in helping the club win promotion—will have a possibly fruitless task ahead of him as he attempts to stave off relegation for the Andalucian club.

After Mallorca dramatically overcame a 2-0 first-leg deficit in the play-off final against Deportivo La Coruna, the club is primed for a great adventure next season. Part-owned by former NBA star Steve Nash and the only island club in the premier division, they will likely return to the second division next May.

During the week, Real Sociedad announced on Twitter that it has 32,000 socios (members) this season.

There is huge excitement about the club's chances this season. If they can overcome defensive frailties, they have some of the league's most thrilling options in attack: Mikel Oyarzabal, who scored 13 league goals last season from his wide berth and was a star of Spain's UEFA European Under-21 Championship winners; Martin Odegaard, on loan from Real Madrid; and the 19-year-old Swedish international Alexander Isak, brought in from Borussia Dortmund. 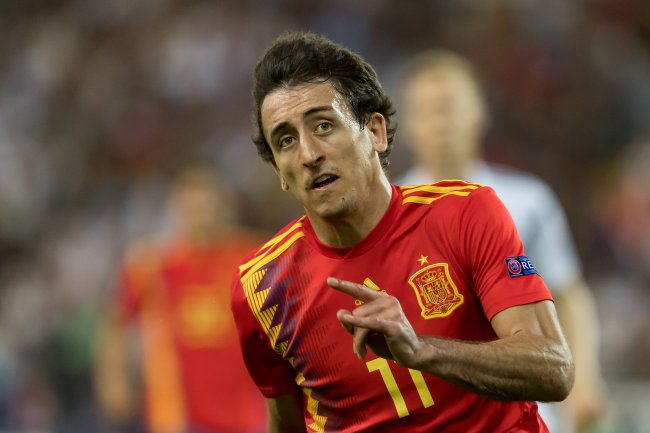 With Portu, a very canny signing from Girona, and the metronomic Asier Illarramendi pulling the strings in midfield, we could see a return to European football for the Basque side.

Sides to Get Promoted from La Liga2: Albacete, Malaga and Rayo Vallecano

Albacete, whose majority shareholder is Andres Iniesta, came close last season to making the jump to La Liga. They're managed by an old Real Madrid stalwart—the former player and Castilla coach Luis Miguel Ramis. He's a wily cat and should successfully finish the job this season.

Malaga are one of the bigger and more historic clubs to be caught in the mire of second division football. They ought to have enough firepower to make a promotion push after finishing third last season before losing out in the playoffs.

Rayo are the quintessential yo-yo team, but La Liga is always a poorer place for their absence. After suffering relegation, neutral fans are hoping for a speedy return.

Although he's still only 19, Joao Felix has managed to enchant Atletico Madrid's fanbase in the space of a few pre-season matches.

He arrived at the club with huge expectations as the fourth-most-expensive transfer in football history. He hasn't disappointed, scoring two goals—overshadowing his great compatriot, Cristiano Ronaldo—in a 2-1 defeat of Juventus as well as scoring and providing two assists in a man of the match performance in the 7-3 drubbing of eternal rivals Real Madrid. 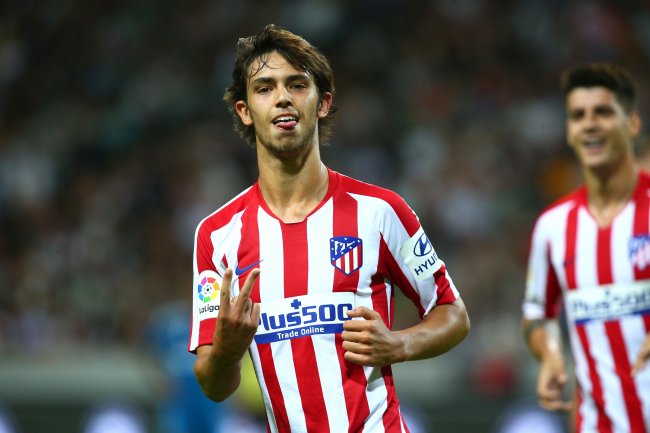 Defences don't know how to manage him yet. He will lose that element of surprise over time, but all the signs are that he will be next season's breakout superstar.

Celta Vigo are in for a dog fight again to retain their position in La Liga. Fran Escriba, who only took over in March and barely kept the side up, will have his work cut out. If things don't go well early in the campaign, Escriba—who was one of three head coaches at the club last season—could be gone before the Christmas lights come on.

It looks as if Messi will miss Barcelona's opening league game of the season against Athletic Bilbao. A team without their Argentinian talisman terrifies Barca fans, and at 32, the end of his prime could be on the horizon. 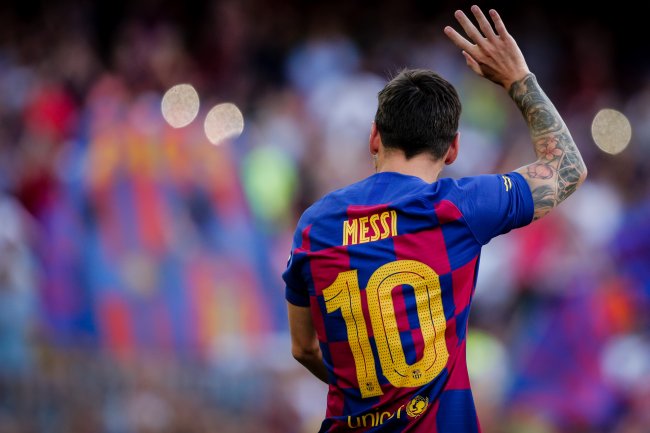 If he can avoid serious injury, though, he will surely again dominate the league, doing the work of two men with his phenomenal rate of goalscoring and providing assists.

Since Cristiano Ronaldo's departure, there has been nobody else at his celestial level in La Liga. There's simply no footballer like him to remorselessly decide games. Enjoy him while you can.

Schooled at Ajax, Frenkie de Jong, 22, is an identikit Barca-type player. He can play across all of the midfield positions, the embodiment of the best Cruyffista footballing characteristics. 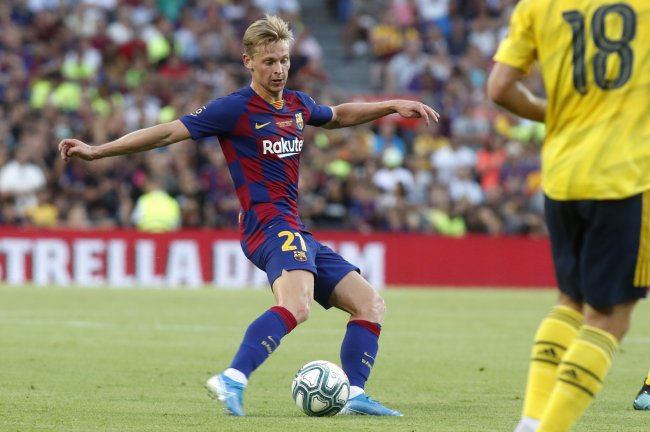 He rarely coughs up possession, is always looking to move the ball forward quickly and is effective in defence—during Barca's 4-0 defeat of Napoli, he intercepted the ball eight times. De Jong didn't come cheap at €86 million including add-ons, but he looks like he will be the beating heart of Barcelona's team for the next decade.

Is there a better goalkeeper in the world? It's difficult to argue the case for anyone other than Atletico's Jan Oblak. Still only 26, the Slovenian looks odds-on to become the first player in history to win the Zamora Trophy (the award given to the league's best goalkeeper) five seasons running.

Defender of the Season: Djene (Getafe)

Getafe have done well to hold on to their Togolese central defender Djene. He was the rock upon which Pepe Bordalas built his team's charge for a UEFA Champions League place last season. He's the complete defender—fast, possessed of an immaculate first touch and strong in the air. 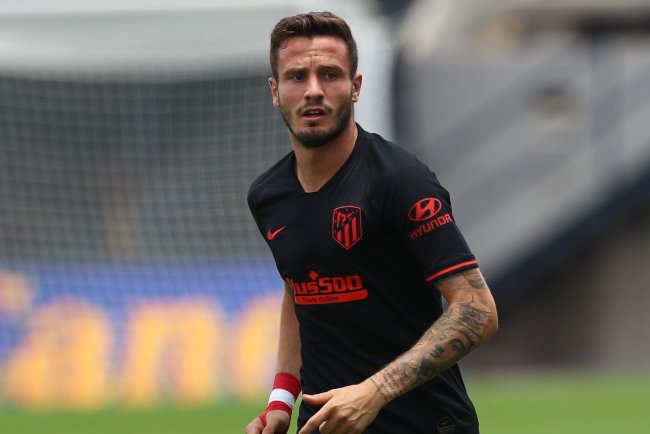 This could be the season that Saul Niguez—in a more expansive Atletico side that suits his talents—establishes himself as one of Europe's top midfielders. He has the full package: ball control, fighting spirit and, as they say in Spain, he has goal.

Iago Aspas is a living legend in Galicia. Having turned 32 over the summer, he's been battling injuries over the last couple of seasons. Can he lift it again for one more campaign? What another great chapter in his career it would be if he could see off the challenge of Alvaro Morata and Borja Iglesias to finish Spain's top scorer in the league for the fourth year running and help his beloved Celta Vigo retain their premier division status.

Messi has been La Liga's top scorer for three years running. Last season, he scored 36—15 more than second-placed Luis Suarez and Karim Benzema. There is nothing to suggest, barring injury, that Messi won't top the scoring charts again.

Eden Hazard has had an underwhelming pre-season. Criticised for being seven kilos overweight and with only one goal—albeit a golazo—to his credit from seven games, Madridistas are waiting for him to catch fire. They shouldn't have anything to fear. The Belgian is at the peak of his powers, and Real Madrid are tailor-made for his qualities.

Video available to U.S. viewers only.

We'd like to send you the most entertaining La Liga articles, videos, and podcasts from around the web.