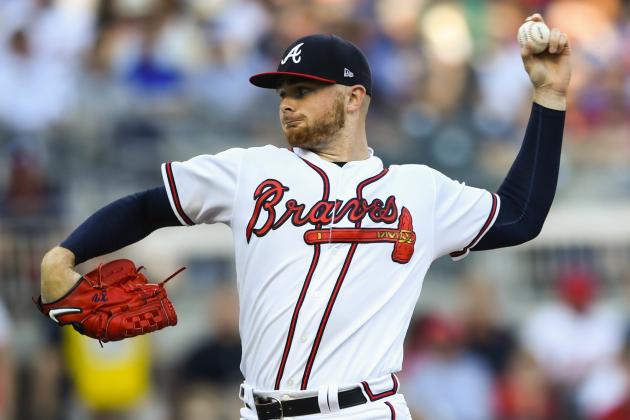 Atlanta Braves reliever Sean Newcomb got lit up by the Miami Marlins on Saturday night. After the game, he apparently decided to extinguish the flame that was his outing.

Gabriel Burns of the Atlanta Journal-Constitution reported Newcomb kicked a trash can in frustration, sending it into a fire extinguisher that set off into the Braves clubhouse. The blast reportedly covered the clothing of Braves players, and everyone within the vicinity was forced to wear masks.

Newcomb took the loss in another late-innings Braves meltdown. Atlanta opened the ninth inning with a 6-2 lead, only for newly named closer Mark Melancon to get charged with four earned runs in 0.1 innings and Shane Greene to blow his second save in a Braves uniform to send it to the 10th.

Newcomb came on in the bottom half of the inning, allowing a leadoff single to Harold Ramirez before he advanced to third on a botched pickoff attempt. Isan Diaz hit a sacrifice fly to give the lowly Marlins just their second win in nine games, both coming against the Braves.

The late-inning woes are not a new story for the Braves, who acquired Melancon and Greene at the trade deadline in hopes of shoring up their roster.

Suffice it to say things have not worked out the way anyone planned.

We'd like to send you the most entertaining Atlanta Braves articles, videos, and podcasts from around the web.