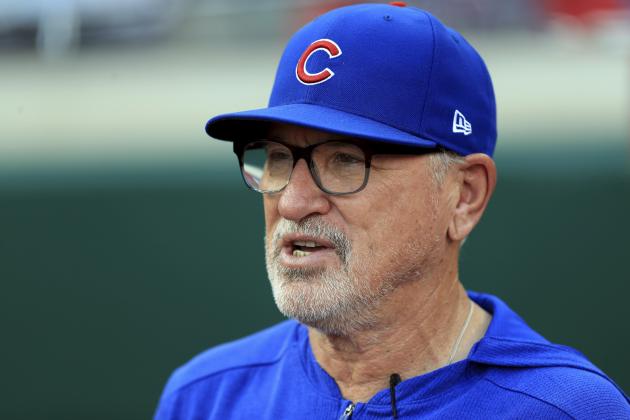 Cubs manager Joe Maddon said he's optimism about being re-signed remains "very high." Doesn't expect the team's decision to come down to wins and losses. Maddon: "It's about interactions."

Joe Maddon, 65, believes he can manage until he’s at least 70 and is “optimistic” he’ll be back with the Cubs. Says his fate not tied to wins and losses or else he’d already be re-signed. pic.twitter.com/cAVCuEZEu9

The Cubs are 63-54 and 1.5 games ahead of the Milwaukee Brewers for first place in the NL Central.

"I'm operating like we'll be together for a couple more years, at least," Maddon added, per Jesse Rogers of ESPN. "I'm not going to sit and proclaim I'm looking to go elsewhere. That's not true."

Under Maddon, the Cubs have reached the postseason in four straight years and won the World Series in the 2016 season, ending a historic title drought that dated back to 1908. In that regard, Maddon is forever a Cubs legend.

But Maddon's future with the club has nonetheless remained in doubt, and team president Theo Epstein hasn't offered any reassurances. In the offseason, he noted that the team lacked "urgency" last year, per Paul Sullivan of the Chicago Tribune, and in July he added that "the first half this year hasn't been as clean as we'd like and as heads-up as we'd like and maybe as intense as we'd like."

That sounded like a mild indictment on Maddon, though since the All-Star break the Cubs have gone 16-11, a solid mark. And Maddon hasn't appeared to lose the locker room, either. In July, star third baseman Kris Bryant spoke positively about the manager, according to Sullivan:

"I honestly don't think there's anything else he can do. I've seen a big change in him, just how he approaches each and every guy. He's way more involved. He's talkative. He's positive every day. I love him. I love the way he runs the team. He’s been doing everything right for us.

"We have to play better to show that he deserves to be here. A lot of that falls on us. We just haven't performed the way we should. I can think of a handful of ballgames that we should've won, and that whole narrative would be much different. But it hasn't been that way, and we hope to change it certainly so he's not getting that blame."

The Cubs are loaded with talent. There's no reason they shouldn't be a perennial divisional champion and title contender with their current core. But the lingering question remains whether Maddon will be the man to lead that group into the future.