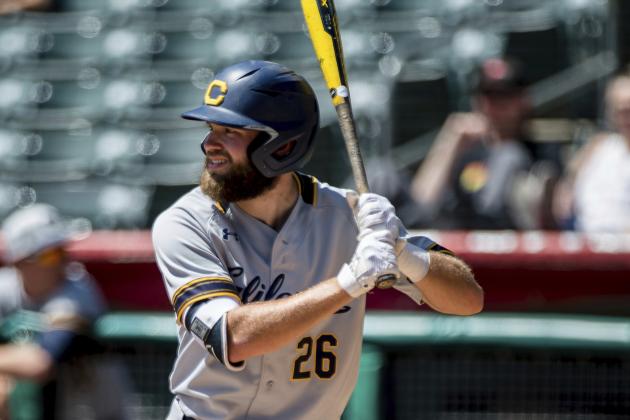 Baseball fans looking forward to the All-Star game know they can count on a huge preliminary event prior to the July 9 Midsummer Classic.

The top sluggers in Major League Baseball will convene the night before the American League versus National League match to show off their skills at the Home Run Derby.

College baseball has taken notice of the event's popularity, and six of its own top sluggers will convene Saturday night at TD Ameritrade Park in Omaha, Nebraska, to display their ability to hit the long ball.

The event will commence at 8 p.m. ET and will be broadcast by ESPN2.

The six college sluggers for this year are T.J. Collett of Kentucky, Chris Lanzilli of Wake Forest, Tyler Keenan of Ole Miss, Michael Rothenberg of Duke, Griffin Doersching of Northern Kentucky and Quentin Selma of California.

Doersching is another huge man at 6'4" and 250 pounds, and he pounded 13 home runs last season. Selma is a left-handed slugger who hit 10 homers for the California Bears in 2019.

Collett, who wants his father, John, as his pitcher on the night, was thrilled to be selected to participate in the 10th annual College Home Run Derby, per Lex 18:

"I'm honored to be selected to participate in this event. This is a dream come true for me. Ever since I first started playing the game I've wanted to compete in a home run derby and to do so while representing the University of Kentucky is a blessing. To share this with my dad, I couldn't ask for anything more."

Collett and the five other sluggers will get to represent the best of college baseball's home run-hitting skills, and the fans will no doubt be at full throat as they express their appreciation.