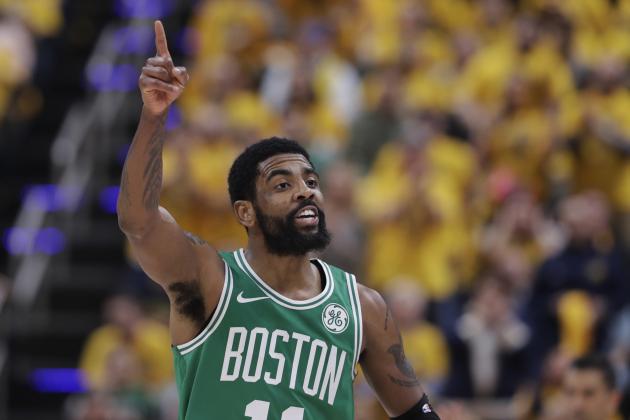 Boston Celtics guard Kyrie Irving has reportedly already made one significant change leading up to an offseason that could see him decline a player option for the 2019-20 campaign and sign elsewhere as an unrestricted free agent.

This comes after Shams Charania of The Athletic and Stadium reported Irving will elect against opting into his $21.3 million option for the upcoming campaign and test free agency. That doesn't rule out the possibility of the Duke product returning to the Celtics, but he'd have to do so on a new deal.

Jay-Z founded Roc Nation Sports and sold his stake with the Brooklyn Nets in a corresponding move. Notably, the Nets have been connected to Irving as a potential free-agency destination.

Wojnarowski cited sources who said the point guard had discussed potentially teaming up with Kevin Durant on the Nets or New York Knicks, although the Golden State Warriors forward rupturing his Achilles during Game 5 of the 2019 NBA Finals could change that equation.

According to Brian Robb of 98.5 The Sports Hub, Durant's agency is also ROC Nation Sports.

Wojnarowski's report said the Celtics are pursuing a trade for Anthony Davis, in part as a way to lure Irving back into the fold.

Whichever team works with Irving's new agency to sign the point guard will have one of the best playmakers in the entire league. He is a two-time All-NBA selection, a six-time All-Star and a champion who hit one of the biggest shots in league history during Game 7 of the 2016 Finals.