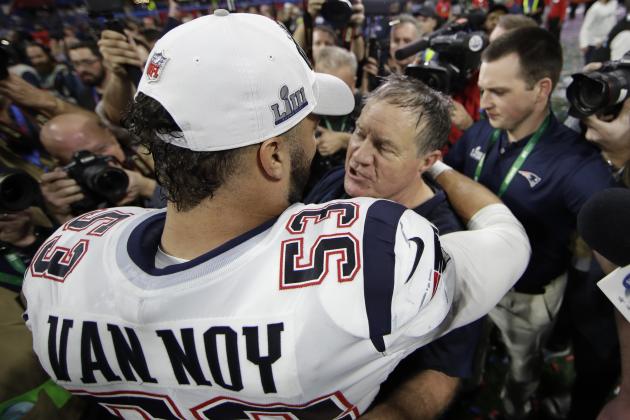 There are few better ways for a coach to maintain his authority over his players than shooting them in the face with a paintball.

The New England Patriots took part in paintball as part of a team-building exercise Monday:

However, linebacker Kyle Van Noy admitted during a Fortnite stream that Bill Belichick shot him in the face during the competition.

"Bill got my ass," he said, via Jordan Heck of Sporting News.

This ruined what could have been a fun day during the offseason.

"I got hit, I'm telling you. This paintball hit me in the mask, and the mask hit my tooth and my s--t still hurts," he said.

Belichick was likely already the most feared coach in the NFL, but this only adds to his mythology.