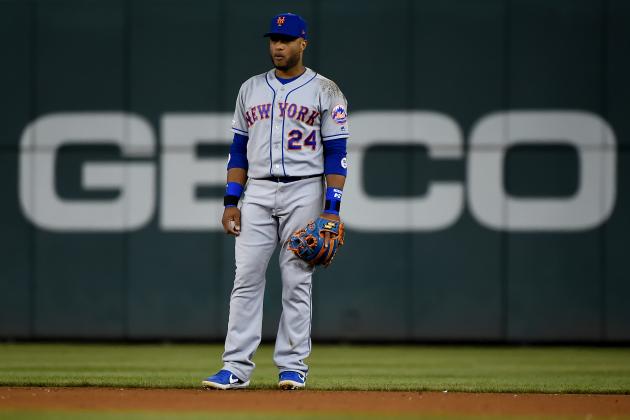 New York Mets second baseman Robinson Cano has been placed on the 10-day injured list with left quad tightness, according to the team Sunday:

Cano has been a bit unlucky this season because of injuries, going on the injured list with a quad strain in May after a hit-by-pitch on the hand caused him to miss a few games in April.

This is a significant change for someone who hasn't missed more than 12 games because of injury since 2007. He played in at least 150 games every year from 2007 to 2017 until a suspension for performance-enhancing drugs caused him to miss half the 2018 season.

The Mets were hoping for this durability and consistent production when they acquired him as part of a seven-player deal in the offseason. Unfortunately, he has been disappointing even when healthy.

So far this season, the 36-year-old has a .238 batting average, three home runs and 14 RBI in 46 games. Suffice to say, it's been a disappointing season for the veteran second baseman.

New York will hope he can return to the player who hit at least .300 nine different times in his career. Even last season, he produced an .845 OPS with 10 home runs and 50 RBI in half a season.

Unfortunately, the latest injury represents another setback for the veteran.

Adeiny Hechavarria and Jeff McNeil could see extra playing time at second base while Cano is out.