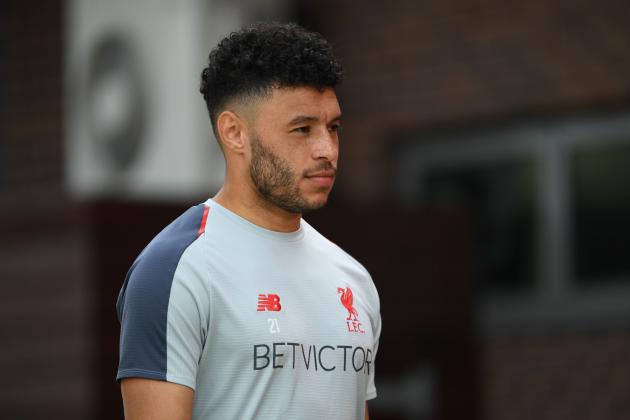 Alex Oxlade-Chamberlain is hoping to play some part when Liverpool take on Tottenham Hotspur in the UEFA Champions League final in Madrid on June 1.

The midfielder missed the final last season, when the Reds lost 3-1 to Real Madrid. He suffered a severe knee injury in the semi-finals of the 2017-18 tournament against Roma that kept him out until April this year.

Oxlade-Chamberlain has only played 19 minutes since his return, and he is not expecting a big role against Spurs, but he said he would like to get on the pitch at the Wanda Metropolitano Stadium, per Liverpool's official website (h/t Sky Sports):

"I wasn't able to get loads of minutes [on my return] but I was happy to just come back.

"Dreams are made of maybe having some part to play in Madrid, but it's not about me—it's about making sure whoever is on the pitch does the job for the club and for the team.

"If I can be involved, that would be amazing, but just to be around it and be fit and healthy again is good for me as well at the minute.

"At times it's been a little bit frustrating as well because you feel you are back and to then keep up with these boys after the long season they've had and the intensity they train at, coming back from a year [out] it's not so easy and you pick up little things along the way.

"It's been another little journey for me the last part, but it's been really exciting to be in and around the team and in contention to maybe have some part in the final.

"After 'crutching' my way around the pitch last year, it's nice to be in this situation."

Liverpool missed out on winning the Premier League title by a single point to Manchester City, but they have fantastic momentum going into the Champions League final.

They won their last nine games of the English top flight campaign and beat Barcelona 4-0 on a remarkable night at Anfield to overturn a 3-0 deficit from the semi-final first leg.

They are deserved favourites to win the Champions League, not least because they have beaten Tottenham both times they have played them in 2018-19.

Both games were close, though, and the Reds memorably needed a last-minute winner to beat Spurs at Anfield back in March:

The key factor could be how each side responds to having had a three-week break.

Liverpool and Tottenham's domestic seasons both ended on May 12, and it is a rarity that a side has this much preparation time before such a match.

The break could benefit Spurs most, as it could give striker Harry Kane enough time to get back to full fitness:

Jan Vertonghen, Harry Kane and Harry Winks have stepped up their respective recoveries from injury with a view to being ready for the @ChampionsLeague Final against Liverpool in Madrid. #COYS pic.twitter.com/Ma5wEZAmdb

Liverpool, on the other hand, may have lost some of their momentum by the time kick-off comes around on June 1.