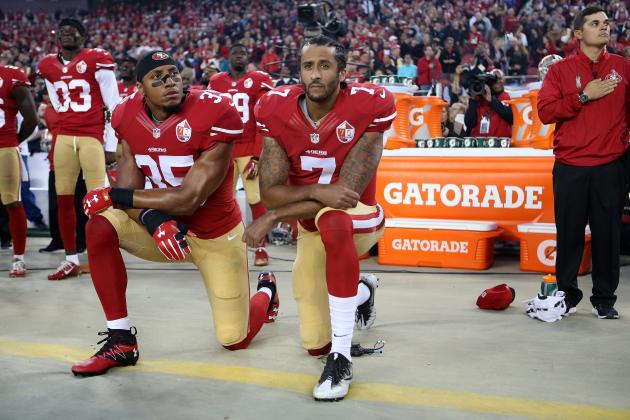 A Colorado sporting goods store has been forced to close its doors after more than 20 years in business as a result of its owner's decision to stop selling Nike products. That came after the brand stood behind former San Francisco 49ers quarterback Colin Kaepernick in the midst of his protest against social injustice.

Prime Time Sports owner Steven Martin told KOAA 5 that he can no longer afford his lease, given Nike products were responsible for a good number of his sales:

Nike is the official apparel company of the NFL, leaving Martin without the ability to sell official player jerseys because of his boycott.

"Being a sports store without Nike is kind of like being a milk store without milk or a gas station without gas," Martin said. "How do you do it? They have a monopoly on jerseys."

Kaepernick was the first professional athlete to actively protest racial injustice and police violence at a sporting event. He initially opted to sit during the national anthem before deciding kneeling was a more appropriate solution after consulting with an Army veteran.

Kaepernick went from playing in a Super Bowl in 2013 to losing his job as the 49ers' starting quarterback to out of the NFL by the end of the 2016 season.

Although Kaepernick had not been employed by any of the 32 NFL teams for a few years, he remained under contract with Nike. The Swoosh garnered a lot of attention in September 2018 when it used Kaepernick as the face of its "Dream Crazy" campaign:

And that was the end of Nike products in Martin's store.

Per KOAA 5's Laura Wilson, Martin previously canceled a scheduled autograph session for Brandon Marshall in 2016 after the Denver Broncos linebacker took a knee on the sideline during the national anthem.

"As much as I hate to admit this, perhaps there are more Brandon Marshall and Colin Kaepernick supporters out there than I realized," Martin said.

His decision to boycott Nike may have cost him his business, but he has no regrets.

"I didn't give in to big Nike and big dollars," Martin said. "I didn't give in. I did it my way. ... I don't like losing a business over it, but I'd rather be able to live with myself."