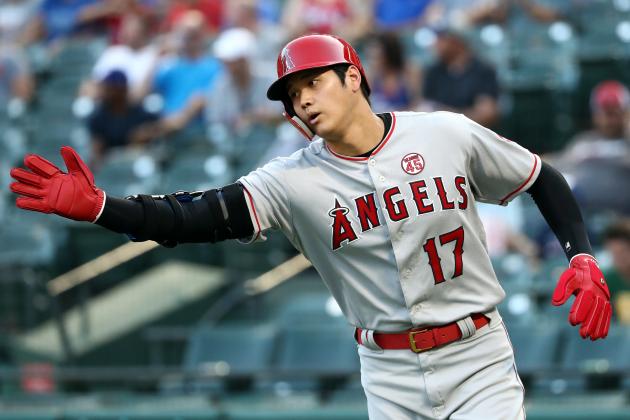 Los Angeles Angels star Shohei Ohtani's season has come to an early end due to a knee injury.

The team announced Ohtani will undergo surgery Friday for a bipartite patella in his left knee. The general timetable for full recovery is eight to 12 weeks.

The Angels' decision to have Ohtani undergo surgery now comes two days after they were officially eliminated from playoff contention. Trout missed their three-game series this week against the Cleveland Indians after having a procedure to address a nerve issue in his foot.

If Ohtani's recovery follows the expected timetable, he would be back to 100 percent no later than mid-December. That will put him on track to be ready for spring training next February.

Follow Los Angeles Angels from B/R on Facebook and get the latest updates straight to your newsfeed!

We'd like to send you the most entertaining Los Angeles Angels articles, videos, and podcasts from around the web.