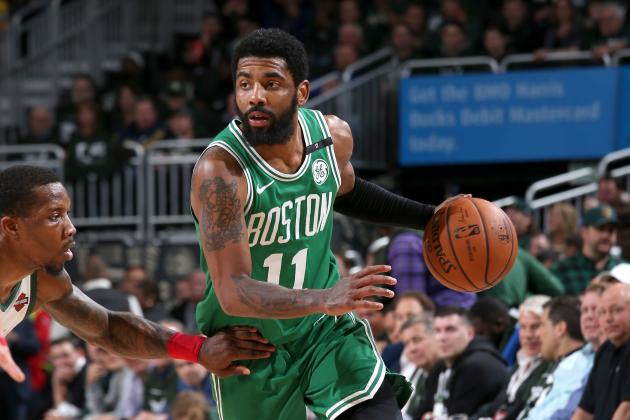 Kyrie Irving reportedly will be a free agent after deciding he will not exercise his $21.3 million player option for the 2019-20 season, per Shams Charania of The Athletic and Stadium.

Although Irving can still return to the Boston Celtics, he will now have a chance to sign with any team in the NBA.

Depending on where he goes, the 2019 All-NBA second-team guard has a chance to significantly alter the landscape of the league.

Irving is coming off one of the best seasons of his career, averaging 23.8 points while setting career highs with 6.9 assists and 5.0 rebounds per game. He not only earned his sixth All-Star selection in the last seven seasons, but at times he was even considered a possible MVP candidate for his high level of play.

It was his third straight season averaging at least 23 points per game, twice with the Celtics and once with the Cleveland Cavaliers. He was also a vital part of winning the NBA title in 2016 with Cleveland.

Despite his effort on the court, question marks about his future with the team grew after he refused to commit to the Celtics beyond this season.

"At the end of the day, I'm going to do what's best for me and my career," Irving said in February, per Barbara Barker of Newsday. "I don't owe anyone s--t."

This was a major change from before the start of the season when the point guard seemed excited about a return to the team.

"If you guys will have me back, I plan on re-signing here," Irving told fans in October, via the team's official Twitter account.

His attitude continued to sour as the year progressed, and the season ended with a disappointing second-round loss to the Milwaukee Bucks. Irving shot just 30.1 percent from the field and 18.5 percent from three-point range during the Celtics' four straight losses to end their postseason.

This seems like it will be the end of the guard's time in Boston as he gets ready to hit the open market.

The 27-year-old could still be a key part of the Celtics as they hope to once again contend for title banner No. 18, but he could also make that type of impact for several teams around the NBA.

Expect this saga to be a major storyline as the summer progresses.