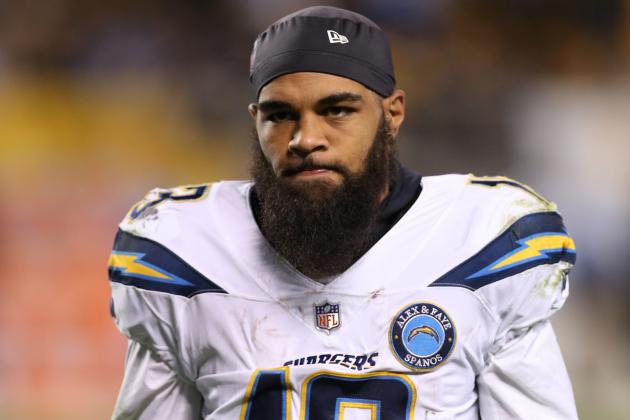 Los Angeles Chargers wide receiver Keenan Allen is on the sidelines due to an ankle injury he suffered during practice.

Per ESPN's Adam Schefter, the 26-year-old's injury isn't considered serious but could keep him out for the rest of the preseason. He is expected to be ready for Week 1 against the Indianapolis Colts on Sept. 8.

After struggling with injuries in 2015-16, Allen has largely been able to stay healthy over the past two seasons. He appeared in each of the Chargers' first 14 games in 2018 before suffering a hip injury in Week 15 against the Kansas City Chiefs, but it didn't cause him to miss any time.

The University of California product is, by far, the favorite target for quarterback Philip Rivers. He led the Chargers with 136 targets, 97 receptions and 1,196 yards last season. His six touchdown catches ranked second on the team.

No other Los Angeles receiver had more than 43 receptions. Running back Melvin Gordon finished second on the team with 50 catches.

The Chargers have high expectations after making the playoffs last year for the first time since 2013. Losing Allen leaves a huge void on offense that will force Rivers and head coach Anthony Lynn to quickly adjust their game plan.

Travis Benjamin and Mike Williams will take over as Los Angeles' top two wideouts until Allen is able to return.