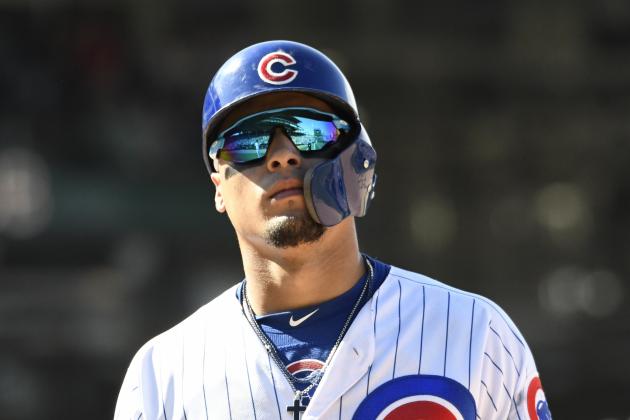 Baez will visit the team's hand specialist to get a better idea of how long he'll be out of action.

The veteran shortstop has proved to be relatively durable throughout the start of his career.

Though he started the 2016 season on the disabled list due to a left thumb contusion, he averaged 143.5 games in his first two full seasons in the big leagues. He dealt with right groin tightness and a left elbow contusion last year, although neither ailment sent him to the then-DL. He wound up playing in 160 games in 2018.

After bursting onto the scene in 2016, Baez has only gotten better with each passing season. He finished second in National League MVP voting a season ago by hitting .290/.326/.554 with 34 home runs, 40 doubles, nine triples and an NL-high 111 RBI. That strong performance earned him his first career All-Star selection and first Silver Slugger.

The 26-year-old infielder has followed that up by hitting .281/.316/.532 with 29 home runs, 38 doubles and 85 RBI in 133 games this year. Those numbers earned him a second consecutive All-Star nod, making him the first player to start back-to-back Midsummer Classics at each of the middle infield positions.

Baez's versatility at the plate cannot be easily replaced. He has hit in each of the nine spots in the lineup, with his speed making him dangerous atop the order and his power making him a threat in the middle of the lineup.

And as good as his bat can be, his defense is on another level. He does not have a Gold Glove on his resume (at least not yet), but few are better than the slick-fielding infielder at preventing runs. According to FanGraphs, his 15 runs saved rank third among all shortstops.