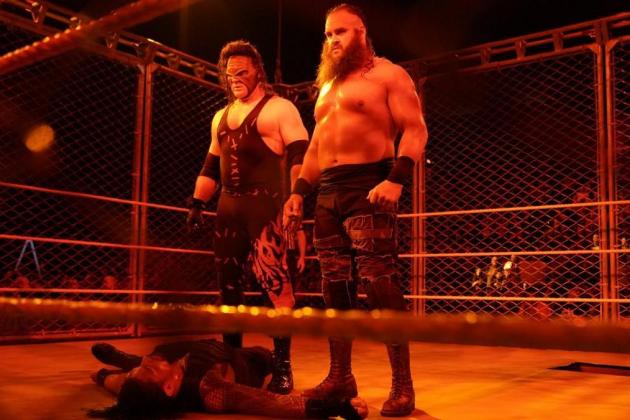 A future Hall of Famer will be a bit player when Kane enters the fray at WWE TLC.

The Big Red Machine burst into the main event on Monday's Raw, tearing through the canvas and laying out Roman Reigns. His return signaled that he was the mystery fifth man on the team set to face The Shield at TLC: Tables, Ladders & Chairs pay-per-view on Sunday.

But Kane is a 50-year-old veteran who hasn't wrestled since last December, per CageMatch.net.

What can he contribute to the chaos that's on its way? How much of an impact will he make on the three-on-five bout that will be The Shield's return match?

Monday night saw The Miz talk about a fifth man he wanted to add to his squad. He worked out a deal with Raw general manager Kurt Angle where if Braun Strowman defeated Reigns in a steel cage, he'd get his wishes and bring this unknown Superstar into the mix.

🔥 Top Videos from Around B/R 🔥

Thanks to Kane's help, Strowman defeated The Big Dog. Now, The Devil's Favorite Demon will join Strowman, Cesaro, Sheamus and The Miz against Reigns, Dean Ambrose and Seth Rollins.

The move is an odd one as Kane doesn't add a whole lot to this match. It feels like a random move with little purpose.

As Kyle Fowle of Real Sport wrote: "This smells like WWE inserting a piece into a hot feud just because it can."

The former WWE champ will add a touch of star power. His history with The Shield will add some depth to the story, as well. There's something poetic about The Shield's first match following their reunion featuring a foe the trio faced in its debut match in 2012.

Kane teamed with Daniel Bryan and Ryback at TLC five years ago.

But much of that will be lost, as there is so much else going on in this bout. Strowman's rivalry with Reigns, Ambrose and Rollins' issues with Cesaro and Sheamus, the promised danger and violence of the TLC match and the nostalgia surrounding The Shield will all drown out the Kane subplot. 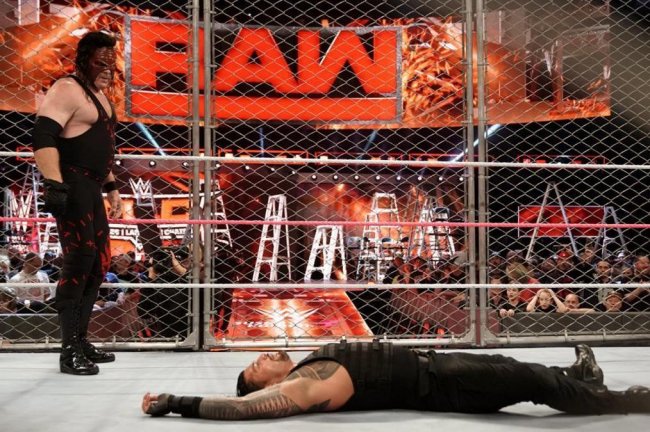 Physically, he's at a point in his career where he can't be the centerpiece of the action. He's slow and unable to keep up with younger opposition.

He needs to have his enemies carry the load to, as Garrett Kidney of Voices of Wrestling put it, "hide the limitations inflicted on Kane by the cruel force of time."

We saw that in his last few PPV matches. Kane knocked off Luke Harper at Survivor Series in 2016 and beat Bray Wyatt at Backlash that same year. Both times, he was fine at best, a solid brawler with an old man's motor.

Luckily, the WWE won't ask much of him at TLC.

He will be in there with seven other men. The Shield will swarm. Cesaro will be his usual eye-catching strongman self. Strowman will make destruction look like fine art as he always does.

As for Kane, he will likely be asked to chokeslam someone through a table and take one big bump courtesy of The Shield. The Shield will knock him around some. He will be a presence that helps remind fans just how much the odds are stacked against the good guys.

Beyond that, he won't be the focus of the action. Kane will be an extra body, the squared-circle equivalent of a third tight end on an NFL team the coach can rotate in.