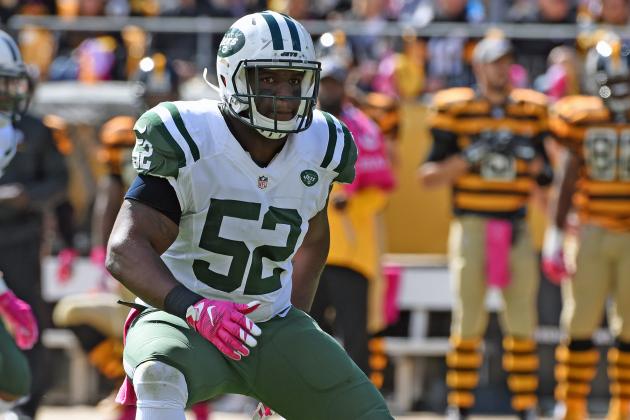 Veteran linebacker David Harris has found a new home after agreeing to a two-year contract Wednesday with the New England Patriots.

Adam Schefter of ESPN first reported details of Harris' new deal. Ian Rapoport of the NFL Network confirmed the signing. Rapoport later added the deal has a base value of $5 million with $1.25 million guaranteed and can reach a total value of $6.75 million.

Mike Florio of Pro Football Talk reported the Patriots offered Harris "more than the [New York] Jets did on a reduced deal" before his release.

The Jets made Harris a late cut on June 6, with ESPN's Rich Cimini noting the 33-year-old said he "had no idea" the move was coming.

Eliot Crist of Pro Football Focus noted Harris was a superior performer last year to the two players the Jets will likely use in his place, and a solid linebacker overall:

The Jets are a team looking toward the future, so parting ways with a linebacker in his mid-30s won't impact their performance in 2017.

Meanwhile, the Patriots get to take advantage of signing a productive player such as Harris late in the offseason when he normally would have been scooped up at the beginning of free agency.

Harris has shown no significant decline in performance after the age of 30. He's still producing seasons with 90-plus tackles and, prior to 2016, recorded 10 sacks in 2014-15. His ability to excel in running and passing situations only enhances his value.

New England has managed to steal a solid veteran—a staple strategy under Bill Belichick—who can upgrade its defense. Harris' ability to remain durable as he gets older—last season marked the first time he's missed a game since 2008—will only help him keep producing at a high level.

Harris will likely battle for playing time on the outside during training camp and the preseason, with starter Dont'a Hightower entrenched in the middle.