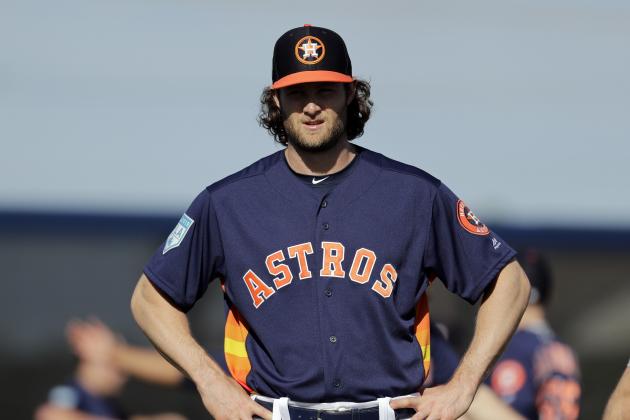 The Houston Astros announced that right-handed pitcher Gerrit Cole was scratched from his Tuesday start against the Chicago White Sox after experiencing right hamstring discomfort during warm-ups.

Chris Devenski got the road start in Cole's place.

Cole and Justin Verlander make up one of the more effective one-two punches in the league, and the former has followed up his head-turning 2018 effort with a 2.87 ERA, 0.98 WHIP and a league-leading 226 punchouts in 156.2 frames in another All-Star campaign in 2019.

The 28-year-old has suffered injuries that have kept him off the mound before. In 2016, the then-Pittsburgh Pirates starter only made 21 appearances because of an elbow injury.

Pittsburgh traded him to Houston prior to the 2018 campaign, and he responded in impressive fashion. He made his second career All-Star Game and finished his first year in the American League with a 2.88 ERA, 1.03 WHIP and 276 strikeouts in 200.1 innings.

While it will be difficult to replicate the impact Cole has on the rotation if he is sidelined past Tuesday, the Astros can still turn toward the combination of Verlander, Zack Greinke and Wade Miley in the meantime.

We'd like to send you the most entertaining Houston Astros articles, videos, and podcasts from around the web.