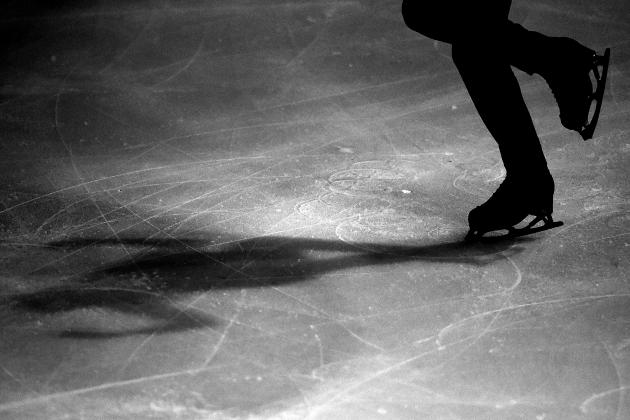 The competitors involved in the action were looking to gain an edge in the short-program portion before Tuesday's free skate. While plenty can change during the free skate, a handful of competitors have already put themselves in position to walk away from Kansas City with a medal.

Below are the results from Monday and a look at the schedule for the rest of the event:

Liu began her routine with a triple lutz and triple toe loop that earned an 11.00 base value. While she lost 0.70 points on her grade of execution, her 10.30 overall score set the tone for the rest of her routine.

Huang scored an 8.50 with a triple flip and double toe loop on her first element and followed up with a triple lutz to anchor her routine.

Four skaters are within 1.54 points of Liu, so Tuesday's novice ladies' free skate is shaping up to be interesting.

Naumov put together a great routine in which he didn't lose any points for his grade of execution. Kang, on the other hand, lost 1.40 points on his attempted triple toe loop.

Excluding each skater's second element, Naumov and Kang would've scored 24.87 and 24.17 on their executed elements, illustrating how big Kang's mistake could be by the time all is said and done in the event.

Closing out Monday, Erin Coleman and Derrick Griffin built a nearly unassailable lead in the novice pairs' competition. They scored 45.58 in the short program.

Ainsley Peterson and Kristofer Ogren sit in second place, 5.91 points behind the leaders. To put that gap into perspective, that's a bigger margin than the one separating second and sixth place (5.56 points). Peterson and Ogren will need Coleman and Griffin to slip up Tuesday to have any chance of standing atop the podium.

In addition to the conclusion of the novice ladies', men's and pairs' events, the novice dance event is set to begin in the evening and will be followed by the start of the junior pairs' competition.

We'd like to send you the most entertaining Fantasy articles, videos, and podcasts from around the web.