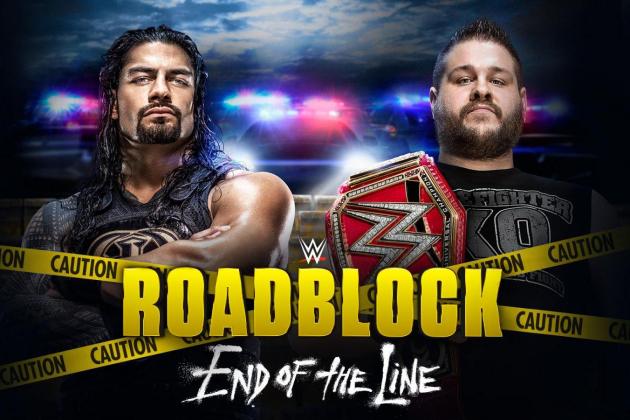 Welcome to Bleacher Report's live coverage of WWE Roadblock: End of the Line.

The final pay-per-view of 2016 will feature four title matches, with the only Raw championship not up for grabs being the United States title.

Here is a look at the final card for Sunday's show, according to WWE.com:

Can Cesaro and Sheamus finally unseat The New Day as tag champs?

How will Zayn overcome the mountain of a man known as Braun Strowman?

Does WWE have anything special planned for the last PPV of 2016?

And lastly, can Banks and Charlotte steal the show again in an Iron Man match?

Make sure to bookmark this page and come back Sunday night at the start of the Roadblock: End of the Line pre-show at 7 p.m. ET on the WWE Network. Bleacher Report will have answers to these questions and coverage of all the action.