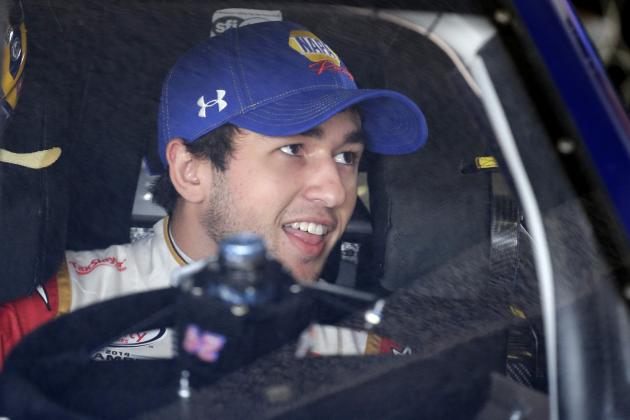 It’s rare that NASCAR drivers get to play a true “home game,” racing at the same track they grew up around, or that another family member had significant success at.

But that’s the case on Sunday for Chase Elliott, who makes his first career Sprint Cup start at Atlanta Motor Speedway.

There’s the geographic meaning; Bill Elliott, brother Ernie Elliott and Chase Elliott were all raised in and around Dawsonville, Ga., which is about 85 miles north of AMS. If you ever wondered where the nickname Awesome Bill from Dawsonville came from, well, there you have it.

How well do you expect Chase Elliott to do in Sunday's race at Atlanta?

How well do you expect Chase Elliott to do in Sunday's race at Atlanta?

En route to being inducted into the NASCAR Hall of Fame, Bill Elliott made an amazing 61 career starts at AMS, earning five wins, 13 top-5 finishes and 19 top-10 finishes, along with five poles. There was once even an effort by some to rename the track in the elder Elliott’s honor—that’s how much he means to the place.

Chase has already experienced some success in lower-level racing at AMS. He has a pair of top-five finishes in as many starts in the Xfinity Series. He also spent considerable time learning his racing craft as a youngster driving Bandolero and Legends cars on the track’s frontstretch.

And returning to AMS couldn’t have come at a better time for Chase. After his effort in Sunday's Daytona 500—he started from the pole, only to see any hopes of winning come to an end when he wrecked on the 19th lap—there isn’t a more welcoming track or area for Elliott to get back on track than Hotlanta.

Elliott will start Sunday’s race having qualified 25th in a 39-car field. Even though he’s in the back third of the field, he still feels optimistic about his chances of rebounding from Daytona.

“Not wrecking on Lap 20 would be a good start,” Elliott quipped to reporters on Friday morning.

But having some home cooking on home turf will certainly make him feel much more at home than his debacle in Daytona.

“Everybody I think realizes that Atlanta is that first week of the places you’re going to see the majority of the rest of the season,” Elliott said. “We recognize that. Daytona counts, too, so that’s disappointing to have a disappointing day last Sunday.

“But we’re already here at Atlanta, so getting drowned in last week isn’t going to do any good. We realize that and will try to move forward. Having a good weekend would be great. We just want to do our jobs and do the best we can.”

Admittedly, there’s a great deal of pressure on Elliott this season. It’s his first season in Sprint Cup at the age of 20. He’s following a NASCAR legend and future Hall of Famer, Jeff Gordon, in the infamous No. 24 Hendrick Motorsports Chevrolet.

And having a famous father puts him in a similar position as guys such as Dale Earnhardt Jr., Kyle Petty and Dale Jarrett, who have had to try and live up to the baseline their fathers set down when they were driving.

There’s no question the younger Elliott has immense talent. He earned the then-Nationwide Series championship as an 18-year-old. He’s one of the most talked about young drivers in the sport in more than a decade.

Expectations are high. Fans predict he’ll be a major superstar in the sport and multi-season champion. He may go on to win 50 or more races. He may go on to replace Dale Earnhardt Jr. as NASCAR’s most popular driver and fan favorite.

Yes, the sky’s the limit for Elliott with his talent and potential. Sure, Daytona was a disappointment. But Atlanta offers him a great chance to turn things around and make people forget about that and, instead, remember what he may accomplish on Sunday.

As the old saying goes, and it’s ever so true in Elliott’s case, there truly is no place like home.