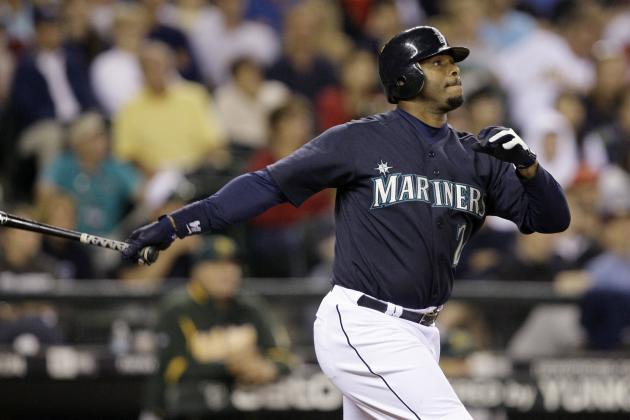 Ken Griffey Jr. received some awesome news Wednesday, as he found out he had gotten more support in the Baseball Hall of Fame voting than any other player in history.

And yet, we can still say he got robbed.

Griffey, on the ballot for the first time, received 99.3 percent of the Baseball Writers Association of America's votes for the 2016 Hall of Fame class. That's a new record, snapping Tom Seaver's record of 98.84 percent. Cue a helpful graphic, courtesy of MLB Stat of the Day:

Ken Griffey Jr. has been elected to the #HOF with the highest vote percentage EVER. pic.twitter.com/ITl7vyMnL7

For Griffey himself, this is kind of a big deal. Upon learning the news, the former Seattle Mariners and Cincinnati Reds star told Ryan Divish of the Seattle Times: "To have the highest percentage is a shock."

Nobody can tell Griffey he should feel differently; 99.3 percent is a big number.

But for the rest of us, there's no escaping the notion that 99.3 isn't quite big enough.

The Hall of Fame has never had a player voted in unanimously, but that doesn't stop John and Jane Q. Baseball Fan from waiting and hoping for the first to come along. And for a time there, it actually seemed like Griffey had a shot. According to Hall of Fame ballot tracker Ryan Thibodaux, Griffey had been named on all 213 ballots made public before the announcement.

However, that was a little less than half of the 440 total ballots. And somewhere in the remaining 227 are three that don't have the box next to Griffey's name checked.

Now, look. It's probably silly to feel outraged. Actually, check that: It's definitely silly to feel outraged. Given that there's never been a unanimous Hall of Famer, the odds were stacked against Griffey. Even for those of us who followed along with Thibodaux's reports, there was always a suspicion that Griffey's share of the vote wasn't going to hold at 100 percent.

But yet, the disappointment is still there. For Griffey to get 100 percent of the vote, it only would have taken the 440 writers casting their votes realizing the same thing that anyone who ever watched Griffey play did:

That he deserved it.

How to define a Hall of Fame-worthy player is one of those things that can lead to a debate over the fine print. However, we can mostly agree that a player's candidacy comes down to how great he was throughout his entire career, how dominant he was in his prime and, in general, what kind of mark he left on the game.

And on all three of these fronts, Griffey passes with flying colors.

In a 22-year career that began in 1989 and ended in 2010, Griffey hit .284 with a .907 OPS, 630 home runs and 184 steals, all while also playing mostly fantastic defense in center field. He ranks sixth on the all-time home runs list, and the Jaffe WAR Score System (JAWS) rates him as the fifth-best center fielder in MLB history.

Even more impressive is what Griffey did when he was at his absolute best as "The Kid" between 1990 and 2000. In that 11-year period, he hit .299 with a .963 OPS and averaged 38 home runs and 14 stolen bases per season. He led the American League in home runs four times, made the All-Star team every year and won all 10 of his Gold Gloves.

Was Griffey the best player of that era? Whether you ask Baseball-Reference.com WAR or FanGraphs WAR, it was between him and Barry Bonds.

Where there would seem to be no argument, though, is in saying Griffey defined that era more than any other player.

Even beyond Griffey's amazing play on both sides of the ball, there were things about him that endeared him to millions of baseball fans. His thousand-watt smile. His backward cap. His swaggerific stance and swing. And, of course, the eternally awesome Ken Griffey Jr. Presents Major League Baseball video game.

So, yes. What Jeff Passan of Yahoo Sports said:

Ken Griffey Jr. defined a generation of baseball to fans ages 30 to 40. The backward hat. The purest swing I've seen. Now a Hall of Famer.

If anything, the passing of years since Griffey's prime has only further entrenched him as the defining player of the 1990s. We now know that much of that era's excitement was fueled by performance-enhancing drugs, and the reputations of those who indulged have suffered accordingly.

But not Griffey. There's never been anything more than whispers and baseless accusations tying him to PEDs. And given that he never ballooned in size like so many of his slugging contemporaries, it's easy to believe he had nothing to do with the stuff. 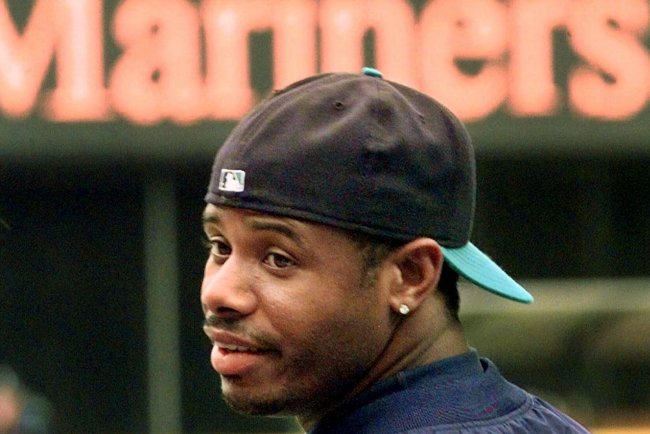 All this leaves only one regrettable aspect of Griffey's career: the notion that maybe it could have been better. Had his body not broken down as he progressed deeper into his 30s, odds are we would be referring to him not as one of the greatest ever but the greatest ever.

Still, that feels like a minor gripe next to everything else. Griffey was everything anyone could ever ask for in a Hall of Famer: a truly great player who, for quite a bit of time, was bigger than the game.

Looking back over history, this is obviously something that can be said of many of the players already in Cooperstown. For our purposes, this is another way of saying that the race to 100 percent should have been over long before his name appeared on the ballot. That's a tradition that should have started with Babe Ruth and Ty Cobb in first election in 1936, and continued on with greats like Ted Williams, Willie Mays, Hank Aaron, and so on down the line.

This naturally raises a question that, for dramatic effect, we will express all in caps: SO, WHY THE HECK ISN'T HE A UNANIMOUS HALL OF FAMER?

For now, we have no idea. But as far as guesses go, we can only hope that Griffey wasn't left off three ballots for petty reasons.

For example, there have been voters in the past who simply don't vote for guys their first year on the ballot. Other voters have refrained from voting for players who they're even slightly suspicious may have used PEDs. If this is how Griffey was kept short of 100 percent, we're going to need that shame lady from Game of Thrones.

Rather, one hopes that the three voters who didn't check Griffey's name at least had a practical reason: game theory. That is, they didn't vote for Griffey because they figured he didn't need their help, and chose to use one of their 10 votes on a player who they figured did need it.

Whatever the case, the three who didn't vote for Griffey have no reason to fear him. As the man himself said of the three votes he didn't get, per Bill Shaikin of the Los Angeles Times: "I can't be upset. I'm truly honored to be elected."

Which is fine. But if Griffey doesn't want to say it, it's up to us.

Long live The Kid. The Kid got robbed.

Stats courtesy of Baseball-Reference.com and FanGraphs unless otherwise noted/linked.