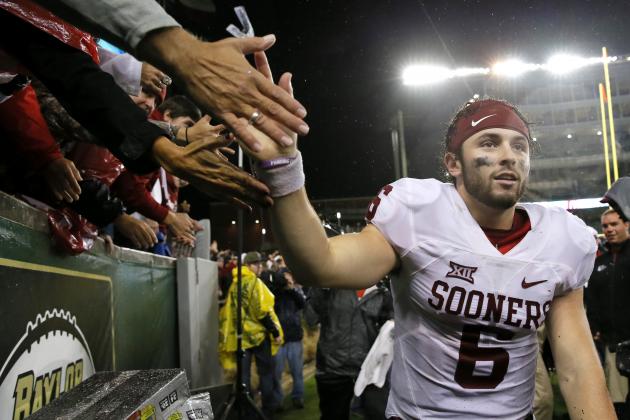 How will the College Football Playoff committee rank teams this Tuesday at 7 p.m. ET?

We use analytics to make an educated guess. Based on last week's committee rankings, my algorithm adjusts teams based on their most recent opponent and margin of victory.

Teams that win keep their place—unless they need overtime to beat Indiana or have to come back to survive a three-win Iowa State team. Teams that lose drop, but not as much if they lose to a Top 10 team. You get the idea.

Let's look at the top movers from Week 11.

The markets opened with Baylor as a six-point favorite over Oklahoma. By the time the game started, the point spread had shrunk to somewhere around two points, a good omen for Oklahoma.

On a rainy night in Waco, Oklahoma made enough plays to beat Baylor, 44-34. Sooners quarterback Baker Mayfield threw three touchdown passes, the last of which put the game away in the fourth quarter.

The win moves Oklahoma up to seventh in the projected committee rankings, a spot ahead of undefeated Oklahoma State, which struggled to beat Iowa State this weekend. The Sooners now look like the Big 12's best playoff hope.

Next week, Oklahoma plays TCU, a suddenly lethargic team that only beat Kansas by seven points, despite being favored by nearly 50. In addition, TCU signal-caller Trevone Boykin hurt his ankle and might not be 100 percent next week—the latest in a season-long rash of injuries for the Horned Frogs.

In the final week of the season, Oklahoma travels to Oklahoma State for their annual rivalry game. If both teams win out until then, Bedlam will become a playoff elimination game. 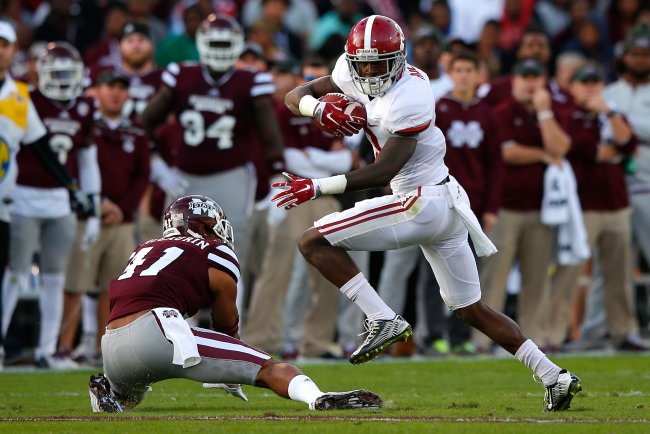 For the second week in a row, Alabama scored a convincing win over a ranked opponent. This week, the Crimson Tide went on the road and victimized Mississippi State, 31-6, in Starkville.

Derrick Henry had 204 rushing yards on 9.3 yards per carry, numbers helped by two long touchdown runs. Alabama also got a punt return for a touchdown by Cyrus Jones in an unexpected rout (Bama closed as a seven-point favorite).

In contrast, top-ranked Clemson struggled on the road against a weak Syracuse opponent. The Tigers won, but the usually strong defense hemorrhaged points in a 37-27 win. As a result, the Crimson Tide jump ahead of Clemson for first place in the rankings.

Perhaps the committee will try to aggravate SEC haters by placing a one-loss Alabama ahead of a host of undefeated teams. Or maybe they'll recognize Alabama as the strongest team in the country right now. 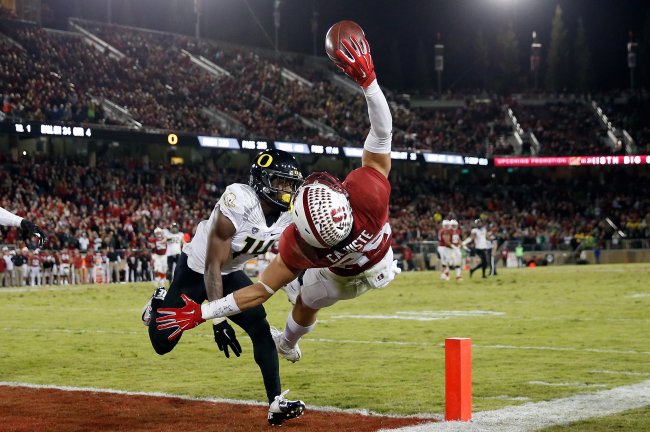 Stanford lost to Oregon, 38-36, when a two-point conversion failed in the waning seconds of the game. The Cardinal won the yardage battle 506 to 436, but they couldn't overcome two fumbles by quarterback Kevin Hogan.

As predicted in my playoff odds article this week, Oregon presented a stiff test for Stanford. Despite the Ducks' three losses, the offense can still light up the scoreboard, and Royce Freeman had 105 rushing yards on 6.6 yards per carry and a touchdown against Stanford.

While Oregon has regressed from last season, it is still 11th in my rankings that drive the Bleacher Report playoff odds. My numbers gave them a 38 percent chance to pull off this upset.

With the loss, Stanford drops to 17th in the projected committee rankings. The Cardinal will still most likely win the Pac-12, but they now need an extraordinary amount of help to make the playoff. Their title dreams all but died on Saturday.

Unless otherwise noted, all odds via Odds Shark.

Ed Feng has a Ph.D. in chemical engineering from Stanford and runs sports analytics site The Power Rank. You can find him on Twitter @thepowerrank.