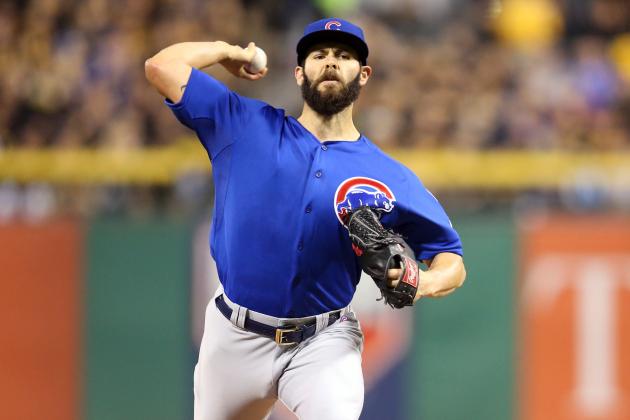 The Chicago Cubs needed only one win to distinctly swing the advantage.

On Saturday, they got it. Now, the home-field advantage is on their side. But more importantly, so is the pitching lineup.

The Cubs’ 6-3 win over the St. Louis Cardinals in Game 2 of the National League Division Series at Busch Stadium evened the best-of-five tilt. Now the scene moves to Wrigley Field, where Chicago’s North Side, and the 101-year-old stadium, will be rocking at unheard-of levels for Monday’s Game 3. 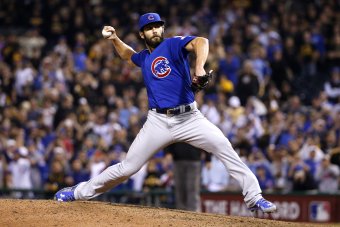 Aside from the Cubs having a chance to take the series lead, right-hander Jake Arrieta's presence on the mound will be the reason for the party. The undisputed team ace—one of the best pitchers in baseball, a front-runner for the league’s Cy Young Award and the man who carried the Cubs through the Wild Card Game in Pittsburgh earlier in the week—will be taking the ball for the first time in the NLDS.

That by itself, no matter where the game is held, is the Cubs’ golden advantage.

“Getting Jake pitching in the next game is kind of a good thought for us,” Cubs manager Joe Maddon told reporters in his postgame press conference, streamed on MLB.com. “Obviously.”

Going into last offseason, the Cubs might have been somewhat unsure if Arrieta was the No. 1 starter he turned into in 2014, or if he was more like the guy who had a 5.23 ERA and 80 ERA+ in the previous four seasons combined between the Baltimore Orioles and Chicago.

So, with a need for front-line pitching, they signed Jon Lester to a $155 million contract in December, thinking they’d either have two guys to head to the rotation or at least Lester.

It turned out there was no need to wonder. Arrieta developed into one of the game’s true aces with his 0.75 second-half ERA, which is significant not just because it is amazingly minuscule but because no other pitcher in major league history has ever produced one so small after the July All-Star break.

He takes that resume, along with a complete-game shutout of the Pittsburgh Pirates in the Wild Card Game, to Wrigley for the pivotal Game 3 of this NLDS, which at one time over the summer seemed to be a lock for the then-dominant Cardinals.

Anyone who understands the Cubs’ fandom and the city's love for the team, which is difficult not to in this country, knows how big this game is for Chicago. Imagine just how raucous Wrigley Field will be at first pitch Monday.

Other clubs have seen postseason baseball suddenly ignite their ballparks and cities in the recent past. San Francisco, Milwaukee, Pittsburgh and Toronto come to mind, but it is difficult to see any of those outdoing what Chicago's electricity for Monday. This franchise has not won a World Series in more than a century, and now it has the pitching and lineup to legitimately make a run at this year’s Fall Classic.

“I mean that was part of the drive as a wild-card team to get past Pittsburgh was to bring that game home also. Our fans are spectacular,” Maddon told reporters Saturday in a pregame press conference when asked about going home with his ace in tow. “You saw the reaction on Clark [Street] the night we did beat Pittsburgh. It's pretty outstanding. It's astounding also to watch all of this unfold.”

The Cubs are creating the excitement not only with Arrieta but with a long history of failure. They have injected drama and youth into this series, just as did they did in their regular season.

In Game 1, the Cubs started three rookies in the field, as they did in Game 2 and the wild-card tilt. In the game-changing second inning of Game 2, Maddon called for a stolen base, which was successful, and rookie Addison Russell put down a squeeze bunt to score a run.

Maddon also put rookie Jorge Soler into the No. 2 spot in the lineup, his first start in the postseason. He went 2-for-2 with a home run, a double and two walks, helping mask the recent struggles of rookie Kris Bryant, who is in a 3-for-34 skid over nine games but is likely to win the league’s Rookie of the Year Award. 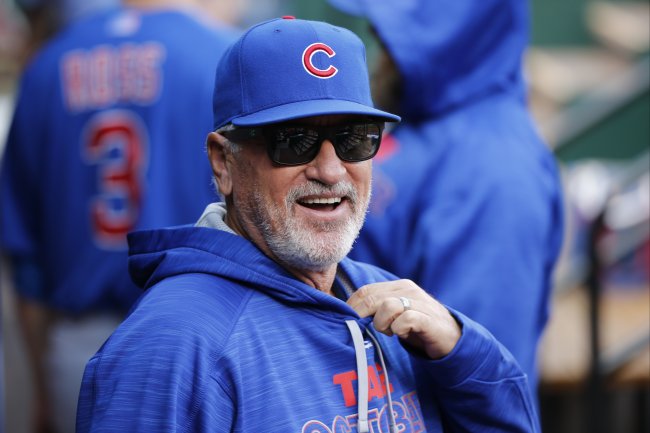 Some may point to the Cubs' youth as a problem, but Maddon disagrees.

“I don’t see that,” the manager told reporters when asked about his young lineup. “When I talk to them I see a little bit of inexperience but I don’t see youth.”

What the baseball world will see Monday is the city of Chicago and Wrigley Field pumping the energy. It will also see Arrieta taking the ball for the first time in this series, and if recent history means anything, the Cubs will be sitting in a sweet spot by the end of the day.

All quotes, unless otherwise specified, have been acquired firsthand by Anthony Witrado. Follow Anthony on Twitter @awitrado and talk baseball here.