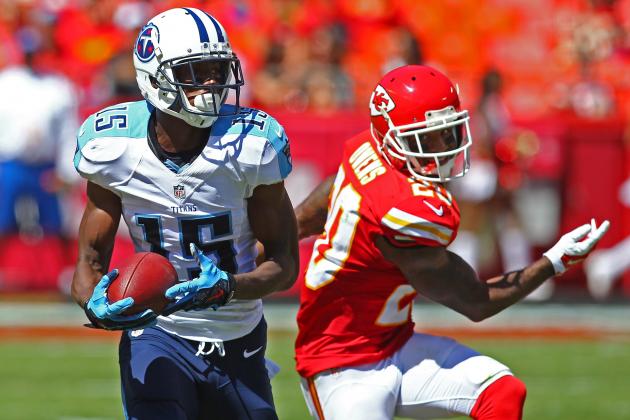 As exciting as training camp is for fans and teams alike, there is a downside, as franchises must trim their roster to 53. Some of the players cut will be former first-round picks or players in the midst of a multiyear contract. Nevertheless, their recent performance could lead to a release in training camp.

Higher-profile players are often given more chances to succeed because of their talent level. When their salary no longer matches their production, the team must make a difficult decision as to whether they should move on or not. This leads to several surprising releases every year.

Though the public's access to injury information is limited, injuries are often the reason for the surprising cuts. Teams with a tight cap situation are even more likely to cut ties with expensive players, to help ensure future flexibility.

We have found six high-profile players who are at risk of being cut in training camp. Each of these players has been a starter for their previous or current team, but they are no longer justifying their salary. With a bad camp and preseason, each could be released into free agency.

Tennessee Titans wide receiver Justin Hunter was one of three Tennessee Volunteers who was supposed to be great in the NFL. So far, the hype has far outweighed Hunter's actual production. In fact, it’s all been downhill for him after his stellar college freshman season.

A recent arrest has only continued to damper Hunter’s professional career. The Titans seemed primed to move on even before that, drafting two receivers in the draft and adding two free agents. Hunter could be the fifth- or sixth-best receiver on the roster, if he makes it.

Off-field and on-field issues are a bad mix for any player. The Titans can move on from Hunter at a low cost. If he doesn’t quickly turn his career around, he could be released before training camp is over.

Once a premier slot cornerback for the Cincinnati Bengals, Leon Hall is battling to save his career. The 30-year-old has come back from two major knee injuries in the last four years, but his roster status is in jeopardy. The Bengals have three more talented players ahead of Hall on the depth chart.

Hall’s play in 2014 was alarming. His loss of speed and ability to move outside has relegated him to the slot, but his ability to move inside and out was a big reason why he signed a $39 million contract in 2011. Now, he’s a $7.7 million fourth cornerback for the Bengals.

For Hall to stick around, he must look healthy and versatile. Otherwise, expect the Bengals to use their younger cornerbacks instead of Hall. His injuries may be too much to overcome at this point, though.

After a promising rookie season in 2011, with the Cleveland Browns, nose tackle Phil Taylor has been unable to recapture his success since then. He’s logged just 32 tackles in the last three seasons, as injuries have held him back. He’s immensely talented, but you can’t make the team if you’re not on the field.

The Browns have built up depth across their defensive line after years of being decimated by injuries. That puts Taylor into serious danger of being released. Cleveland could use his talent as depth, but his $5.4 million salary is tough to carry as a backup.

Taylor suffering one injury in training camp will likely end his stint in Cleveland. But if he’s able to show he’s a reliable rotation player throughout the coming weeks, then the Browns should roll the dice on such a talented player.

When the Buffalo Bills brought Matt Cassel in from the Minnesota Vikings via trade, it was widely assumed he was the front-runner to start. After seeing Cassel working with the team, he’s now at risk of being released before the season. If Cassel cannot cement himself as the starter now, then the Bills are more likely to start a higher-upside player, as in EJ Manuel or Tyrod Taylor.

The Bills have significant financial decisions looming after this season, and Cassel’s presence will cost the Bills in the pocketbook. If he is on the roster at the start of 2015, he’ll count as $4.75 million against the cap, per Spotrac. That money could be used to sign one of many free agents after the year.

As training camp progresses, it seems Cassel will only make the team if he is named starter. Buffalo has little to gain by him starting, though, since his upside is at best average. An injury to Manuel or Taylor or surprise preseason performances could save his job.

Tight end Dennis Pitta's health is a Baltimore Ravens major topic. They’ve prepped for the worst-case scenario, drafting Max Williams in the second round of the 2015 NFL draft. But losing Pitta would still be a significant loss in the short term.

Pitta’s hip could possibly force him to retire. He missed all but three games in 2014 with hip issues, and he’s giving it one more go now to see if he can keep playing. If he’s not able to be back at 100 percent, then the Ravens may have to part ways with him.

Because of Pitta’s big $32 million extension, Baltimore may push for Pitta to retire if he cannot play this year. According to Spotrac, he’d have a whopping $12.8 million dead cap hit if released now, so it would be much better for the team if he retires. Hopefully he can prove his health is better and be back on the field; if not, his NFL future is in major doubt.

The Jacksonville Jaguars committed to improving their offense this past offseason. A part of the improvement plan was to increase the talent along the offensive line to help quarterback Blake Bortles. After a lackluster 2014 season, Jaguars guard Zane Beadles is fighting for a roster spot.

Beadles is a decent player in a zone-blocking scheme, but the Jaguars are looking more like a balanced team this year. The additions of guard A.J. Cann and running back T.J. Yeldon hint that the Jaguars want to work in power formations more often. Beadles simply won’t suffice there.

With a $5 million cap hit this year, according to Spotrac, the Jaguars may be best served to move on from Beadles via trade or release. He’s scheme dependent and was overpaid to begin with, leaving the Jaguars with a decision about whether they want to fit a square peg into a round hole.

All stats used are from Sports-Reference.com.