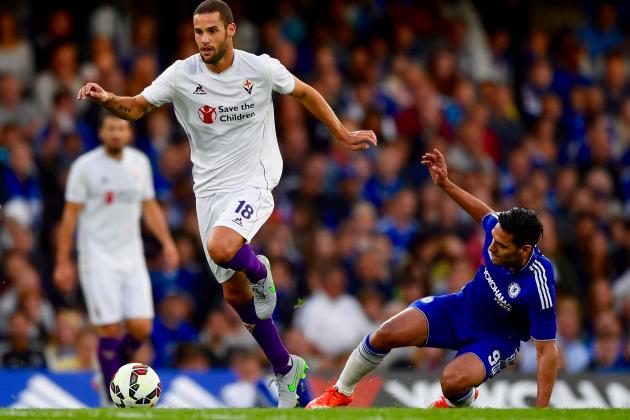 Chelsea manager Jose Mourinho shuffled his pack for the International Champions Cup clash, with the season proper just days away, but nonetheless, this defeat will prompt further suggestion his Chelsea side are in somewhat of a lull entering the new campaign.

It was Italian visitors Fiorentina who created the first chance of note, when Matias Fernandez saw his fizzing shot well saved by Asmir Begovic in the Chelsea goal.

Chelsea quickly gained control, however, and threatened shortly after when Ruben Loftus-Cheek beat two players inside the box and had an effort on goal blocked.

The home side dominated possession but struggled to create openings and seemed to fade as the half progressed.

Fiorentina, meanwhile, gathered momentum. Just after the half-hour mark Fernandez rattled a shot against the bar with Begovic beaten. And soon after, Marcos Alonso's shot was parried into the path of Gonzalo, who swept home left-footed to give the Italian side the lead. 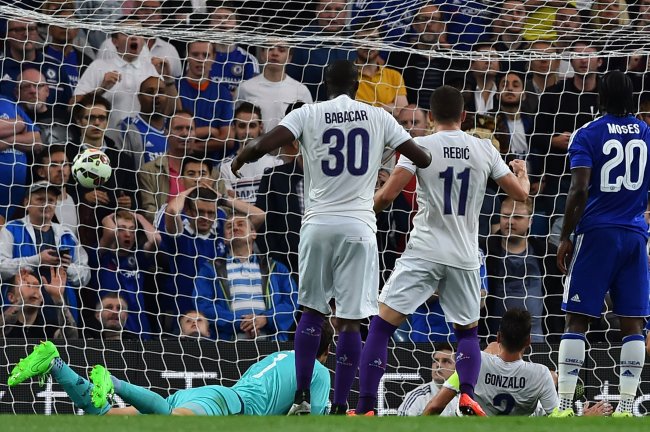 The second half began with Chelsea showing renewed purpose. Oscar shot over early on, and then came Mourinho ringing the changes, as he looked to give some of his star names a run out and guard the likes of John Terry for the Premier League exertions ahead on Sunday.

Eden Hazard, Willian, Cesc Fabregas and Loic Remy entered the fray around the hour mark, but none could influence getting their side back on level terms.

Meanwhile, Fiorentina looked to catch Chelsea on the break. Josip Ilicic was among those with a sight of goal, but his effort was deflected wide.

Gary Cahill then had a header saved for Chelsea, before Begovic made a fine save to deny a rising drive from Ante Rebic after he'd held off the challenge of Branislav Ivanovic.

Cahill had another chance with five minutes left, but his stooping header under pressure lacked the power required. Then it was Remy's turn to be wasteful, sending a shot well wide from a good position.

It's only been friendlies, but I'll say it now, #CFC won't retain the title. First XI is strong - beyond that, they have big problems.

Ultimately, Fiorentina held on for the victory, leaving Chelsea fans to wonder if their team can recapture their verve and momentum for the launch of their title defence at the weekend.

The Colombian striker did nothing to suggest he should start for Chelsea at the weekend. It was a performance that lacked sharpness and provided little positive influence to anything Chelsea did in the attacking third.

Moses, who was arguably Chelsea's best player in the first half, had some strong runs and purposeful play.

Begovic made a couple of very good saves, but he also had a couple of unconvincing moments that will have Mourinho concerned should he be without Thibaut Courtois at any point this season.

In the aftermath, Chelsea boss Jose Mourinho was happy for one last tune-up before the Premier League kicks off on the weekend and wasn't concerned with the result.

Mourinho: 'Tonight was a good training session. We have the real football on Saturday. Hopefully no injuries.' #CFC

Mourinho: 'I thank Fiorentina for the competitive training session they gave us and I wish them well for the season.' #CFC

He's still unsure whether star frontman Diego Costa will be ready for their match on Saturday with Swansea City.

Mourinho on Diego Costa: 'I don't know whether he will be fit to play on Saturday.' #CFC