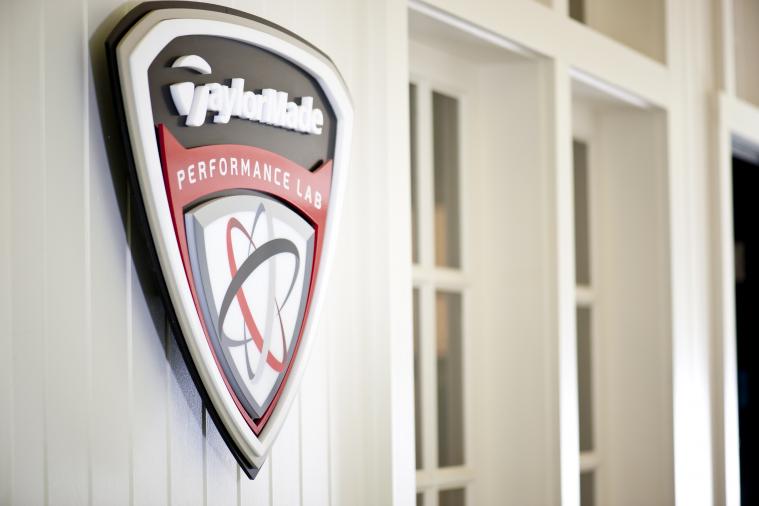 I'm sitting in a cozy, charcoal-colored chair at TaylorMade's Performance Lab in San Ramon, California, and Nick Petralia, master club-fitter, is meticulously fitting a motion sensor around each of my tattered golf shoes.

"The biggest misconception among golfers, no matter their handicap, is that you have to be a tour player to benefit from a club-fitting," Petralia tells me.

I'm hoping that's true, considering I'm here; a once-competitive golfer who's never been fitted for clubs but has played the same off-the-shelf set for 11 years and these days is lucky to break 80.

Petralia leads me further into the Lab where he suits me up from head to toe with more motion sensors. I catch a glimpse of my reflection and look more like I'm in a bizarre Halloween costume than a part of a golf club-fitting.

The sensors are part of the same motion capture technology used everywhere from EA Sports video games like NBA 2K14 to films ranging from Lord of the Rings to King Kong and Batman.

Who knew golf could be so technical? 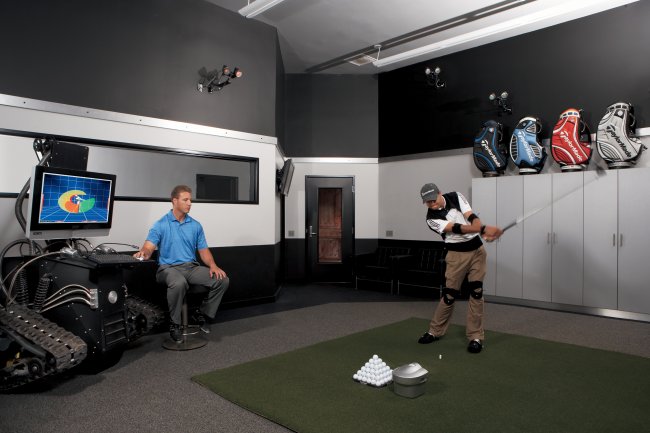 Petralia moves through the Lab like a chef in his kitchen—there's no rush, he knows where each ingredient is and when it comes time to execute, he's a true pro.

He shuts the Hogwarts-style chamber door, fiddles with the large computer monitor in the corner of the room, hands me a left-handed 7-iron and tells me to "swing freely."

Before I begin though, I realize even the club I'm swinging has multiple motion sensors on it. This Lab is no joke.

It's all a part of an experience that is unique to TaylorMade and one that Amit Kumar, president of TaylorMade's Performance Labs, describes as "born out of a desire to share a ’tour-like’ experience with passionate golfers of all abilities."

The experience itself is nothing short of enlightening. 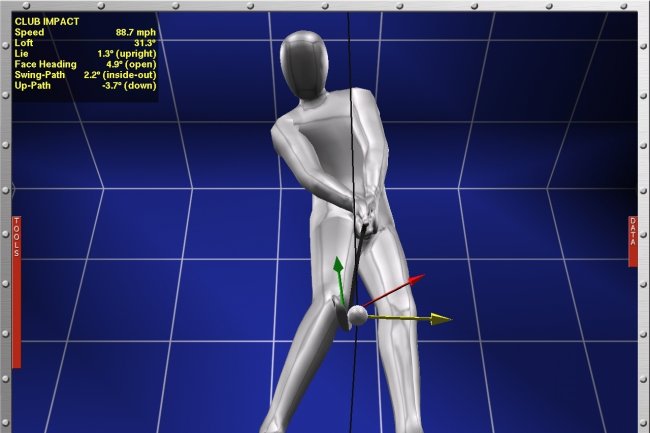 Within five swings, Petralia—the club-fitting guru—blended the data from the motion sensors with the nine high-speed, synchronized cameras in the Lab to generate a precise analysis of my swing.

The motion of the reflectors instantaneously produces a three-dimensional image of my swing, which Petralia shows me from every possible angle (from above, below, front, back or either side). I'm no Phil or Tiger, but my swing looks relatively on plane. Who knew?

Then, Petralia dove into the data, honing in on minute details like my clubhead speed, spine angle, lie angle and the position of my club at impact.

I felt a little like Daniel LaRusso listening to Mr. Miyagi. Wax on, wax off. 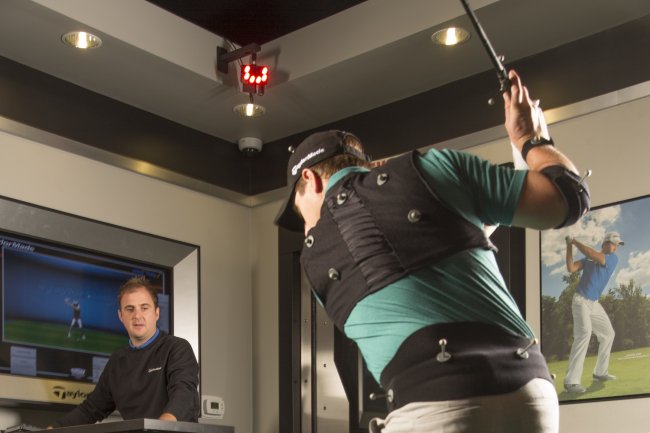 Within just two minutes, Petralia had accumulated enough data to fit me to a pair of TaylorMade clubs that would benefit my personal swing characteristics.

The goal was by no means to alter my swing or fix the fade (and at the other times, pull hook) that has hampered my swing for years on end. Instead, as Kumar would verify, "Our mission is as much about education as it is about fitting."

That education visually comes to life through heaps and heaps of data. 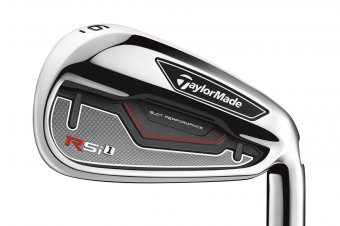 Nowhere in Ben Hogan's Five Lessons: The Modern Fundamentals of Golf does he mention the word "data."

But the answer is simple: TaylorMade has chosen to evolve with the 21st century.

Whereas golf is a sport that gets a bad reputation for its rigid rules and outdated traditions, TaylorMade's immersion into the world of data is a sign of welcoming change.

The company is engaging with innovative technologies—be it the Performance Lab experience or its new set of RSi irons and AeroBurner woods—and ultimately using data as the spark for improving players' games across the spectrum. 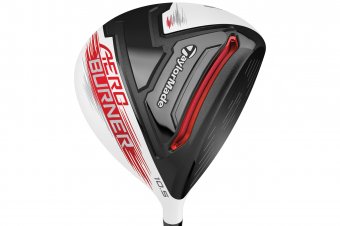 Kumar specifically pointed to the 3-D motion analysis system (called the MAT-T System, which stands for Motion Analysis System by TaylorMade), as a crucial, game-changing technology within TaylorMade's club-fitting experience.

"It generates incredibly rich and accurate data," Kumar said. "The MAT-T System and the data supports our process of helping our guests understand how and why some equipment works better for them."

Prior to this experience at TaylorMade's Performance Lab, the idea of a club-fitting intrigued me, but it didn't feel necessary.

I'd been searching for new clubs for a couple months, and while I was a bit overwhelmed by all the options, I was also convinced that I'd get the best bang for my buck if I went with a set of off-the-shelf clubs at the local Golfsmith. Kumar dispelled that notion pretty quickly:

Off-the-shelf clubs are designed to fit many, but cannot fit all, golfers. And, the most frustrating thing is that the player might have no idea that the club is working against them. Depending on your swing tendencies, some clubs can make it easier to make a good shot, and some can make it much harder. In the hands of a professional fitter, a player can be fit into a set of clubs that make it easier to hit a good shot. The game is hard enough when the clubs fit you.

As Petralia would say to me at the end of the day, "Not all golf clubs are created equal."

The final piece of the day—and easily my favorite—came when Petralia led me to the outdoor grass driving range to test out a few different shafts and club models. The next 30 minutes were purely for testing and learning.

What ball flight did I like most? What weight felt best in my hands? What model fit my eye?

Petralia could swap a clubhead off of a shaft inside of 15 seconds and could often anticipate how I'd hit each club. Also, with the help of TrackMan—a mobile device that tracks what happens at the very moment of impact between club and ball and delivers real-time data—I could immediately gauge my tendencies with the array of clubs.

Much like the data gathered from the motion sensors, Petralia's attentiveness to my ball contact and ball flight allowed him to fit me quickly and efficiently. 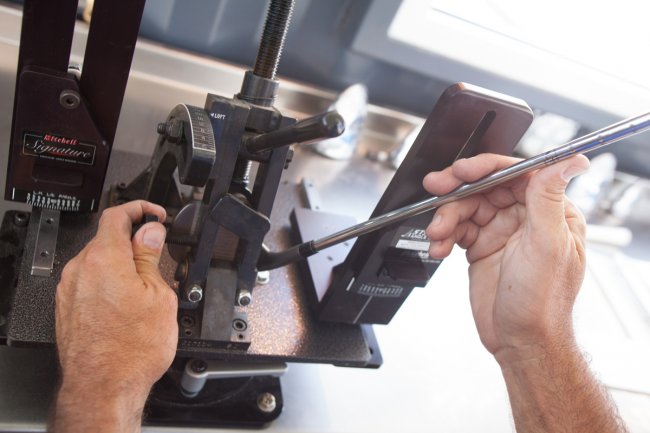 The RSi 1 irons with a stiff shaft would ultimately prove best for my swing. Hitting that 7-iron flush in the center of the club face was a sweet feeling.

I started envisioning myself as Justin Rose—only left-handed and no British accent—hitting his own TaylorMade 4-iron into the 18th at Merion at the U.S. Open that sealed his first major just two years ago. Hey, a guy can dream!

Prior to the club-fitting, I assumed it would be a privileged experience that only tour pros received and truly benefitted from.

After my club-fitting, I still believe it's a privileged experience, but it's also one that's totally invaluable for any golfer, of any ability. I couldn't say it any better than Kumar told me:

All golfers are in search of the magic pill that will render their game dramatically different today than it was yesterday. Correctly fit clubs are not a magic pill, but can make the shot much easier to hit consistently and can give us the peace of mind that when we miss a shot, it was not the club.

All quotes were obtained first-hand.