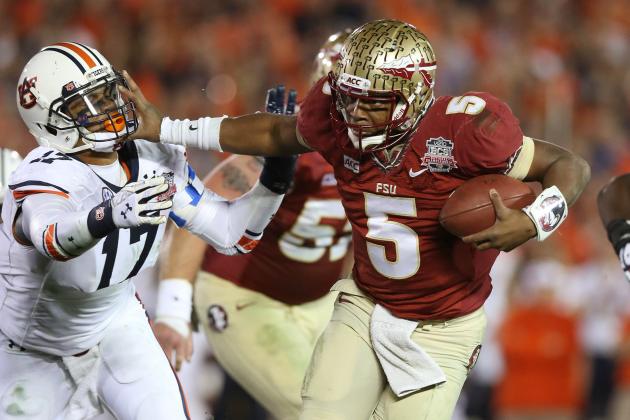 After a wild offseason that included major lawsuits, big time transfers and suspensions, college football fans sure are ready for some real football.

Week 1 surely will not disappoint. 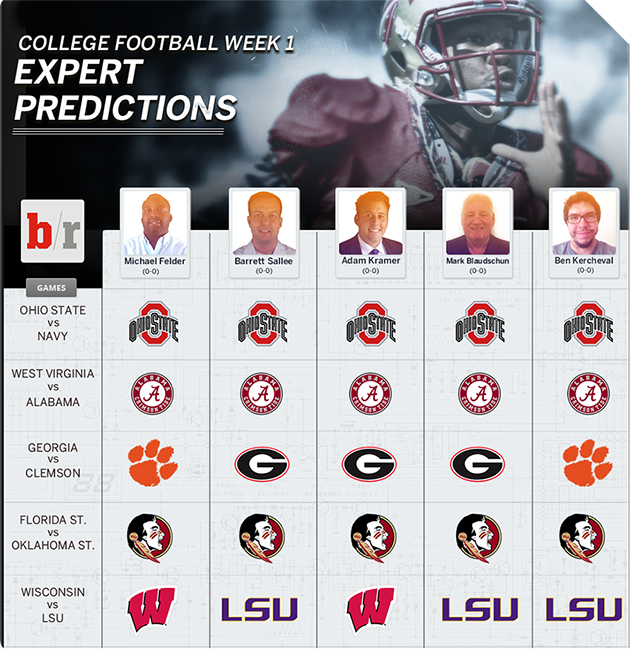 Will Ohio State State struggle against Navy without star quarterback Braxton Miller, or will his replacement, redshirt freshman J.T. Barrett, step in and carry the Buckeyes to glory?

Who will emerge as the true signal caller for Alabama when the Tide battle West Virginia, Jake Coker or Blake Sims? Dana Holgorsen will aim to play spoiler in the Georgia Dome, but his Mountaineers will have their hands full trying to shut down the Tide’s talented backfield.

Georgia will play host to Clemson, hoping to get revenge for losing in Week 1 a season ago. Both teams will be ushering in new quarterbacks, so this showdown is sure to be an exciting one.

Defending national champions Florida State look to hold off a hungry Oklahoma State team aiming to prove itself on the national stage.

And the fifth marquee game of Week 1 pits LSU vs. Wisconsin in what should be a prime example of how to run the football.

Each week of the 2014 season, Bleacher Report’s college football experts Adam Kramer, Michael Felder, Barrett Sallee, Mark Blaudschun and Ben Kercheval will be making their predictions on the top five games of the week. These five have a strong background in college football and bring great knowledge and insight to readers.

Whether you agree or disagree with our expert picks, be sure to sound off in the comments below!

*All picks made straight up. Spread is not a factor.