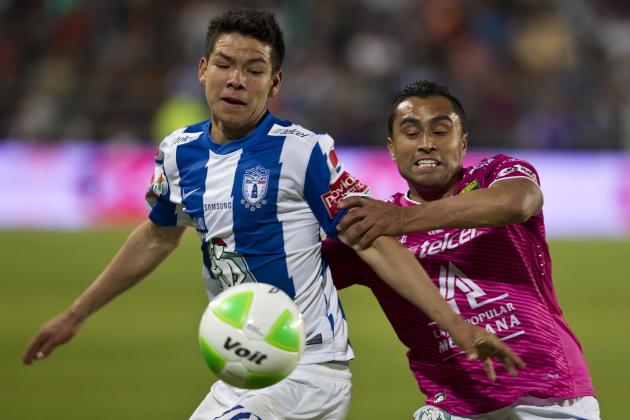 Reinforcements such as Aviles Hurtado, Matias Alustiza and Ariel Nahuelpan were brought in to alleviate the burden. Four weeks into the season, the trio have performed amicably, with Alustiza and Nahuelpan each appearing on the scoring sheet. What Pachuca failed to replace, however, was the dynamic, energetic and assertive presence that manifested itself with Valencia in the final third.

That's no longer the case.

In Lozano, Pachuca have a transcendent talent and rising force that will propel the club to the summit of Mexican football.

Admittedly, Lozano's impact was immediate and can be traced back to his first minutes as a professional. The 19-year-old opened his Liga MX account as an 83rd-minute substitute against Club America on Feb. 8, 2014. Just six minutes into his debut, he announced himself to a capacity crowd. Pachuca captured the improbable 1-0 victory.

But what followed was the rapid evolution of one of Mexico's top prospects.

Look no further than Week 4's 3-0 undressing of Guadalajara for proof. 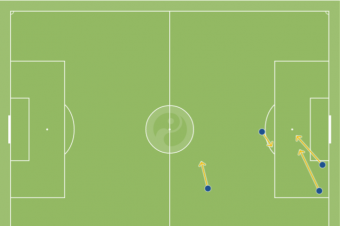 Lozano finished with four of Pachuca's 11 created chances on Saturday. Three were conjured in the final third, and he sealed the club's victory with his first goal of the season in stoppage time. In addition to his creative genius, his propensity to challenge defenders on the ball is unmatched.

At 19 years young, he leads Pachuca this season in both chances created (nine) and successful take-ons (seven).

And yet, despite boasting a surging name, Lozano remains humble. In an interview with Excelsior, his translated words highlight a modest approach to excellence increasingly absent in the modern game:

It may seem like my development in the first division has been fast, but it should be considered normal if you see the sacrifice and hard work I put into each training session. I'm old enough to play on the first team, and I think I've responded to what they [the coaches] have asked of me. A year ago, you didn't see me on the first team, but I followed advice, did everything I could and they gave me the opportunity.

Truer words have never been spoken, and his recent form lends them authenticity.

So no, there is no direct replacement for Valencia in Pachuca's current crop of strikers. After all, it's impossible to find a like-for-like successor capable of scoring every goal imaginable. But with the meteoric rise of Lozano, there doesn't need to be one. The Mexican starlet brings a polished skill set all his own—one already benefiting a club desperate for a return to prominence.

Eduardo Mendez is an analyst for Opta Sports and correspondent for Bleacher Report. Follow him on Twitter for insight on a variety of sports topics. Follow @Mendez_FC

Note: Credit all statistics to officially licensed data from Opta Sports (via Squawka).

We'd like to send you the most entertaining Mexico (National Football) articles, videos, and podcasts from around the web.