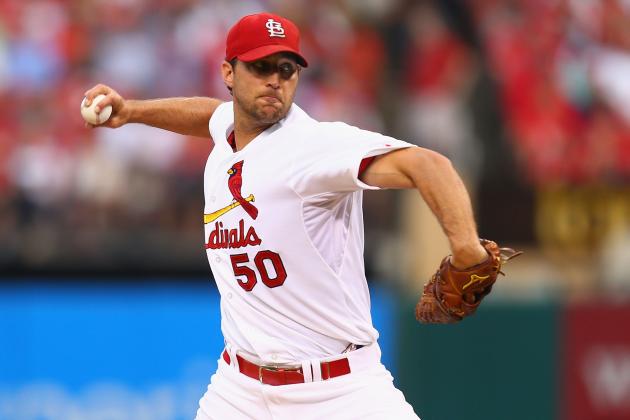 Kelton Wong homered twice and Adam Wainwright bounced back from a rocky start to lead the St. Louis Cardinals past the Boston Red Sox on Thursday night.

Brandon Workman allowed three runs with two outs in the first inning, and Wong added a pair of solo shots—each with two outs, as well—later in the game to add insurance.

But while St. Louis broke Boston's back with two-out production, the real story was Wainwright, who grew comfortable after he allowed two runs in the third inning. His command was shoddy early, but he got into a groove in the middle innings and mowed down Boston's lineup, reminding us he's an ace after a seven-run outing last week.

Moving forward, the Cardinals will need more gutsy performances out of Wainwright. Even with the additions of Justin Masterson and John Lackey, St. Louis' pitching is not as formidable as it was last year, when the Cardinals reached the World Series.

The Cardinals need Wainwright to battle, and he did just that tonight.

His effort helped the Cardinals capture the three-game series, as they stayed ahead of the pack as the first NL Wild Card.

St. Louis will face Baltimore this weekend in a three-game interleague series. The Orioles are fresh off a series victory over Toronto, and have the offensive firepower to plague the Cardinals.

Follow St Louis Cardinals from B/R on Facebook and get the latest updates straight to your newsfeed!

We'd like to send you the most entertaining St Louis Cardinals articles, videos, and podcasts from around the web.