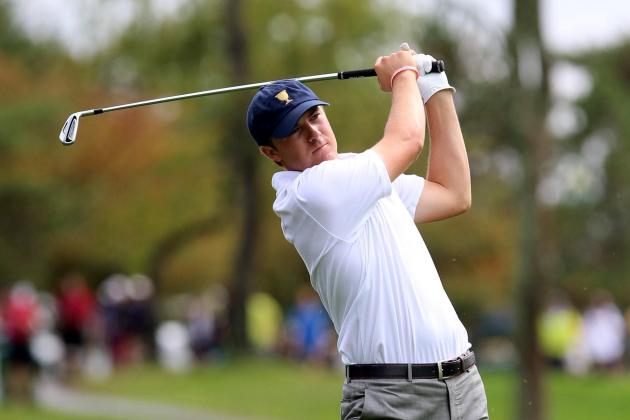 A gangly and gullible 14-year-old Jordan Spieth declared in a TV interview from 2008 that his ultimate goal was to win the Masters. Six years later, Spieth held the 54-hole lead at his very first Masters and then fell just short of the green jacket to eventual champion Bubba Watson.

As the U.S. Open—the most coveted championship on American soil­—approaches (June 12-15), the 20-year-old has the opportunity to live up to his star billing as the next great American golfer. Winning at Pinehurst No. 2 for his first major victory would assuage any doubts about his ability to close and vault him to golf's elite.

But before he can become the face of the next generation, he'll have to overcome a stacked field that features four of the world's best golfers.

David vs. a Quartet of Goliaths

Phil Mickelson, Adam Scott, Bubba Watson and Rory McIlroy are the heavy hitters headed into Pinehurst No. 2, the famed and furiously challenging site of the 2014 U.S. Open. Scott is the world's No. 1 ranked player, Watson is the reigning Masters champ, McIlroy has been on an international tear over the last six months and Mickelson owns a record six runner-up finishes at the U.S. Open.

The quartet have played a combined 185 majors championships, 47 of which have been U.S. Opens, and won a combined 10 majors.

Meanwhile, Spieth has played in a measly five majors and just a pair of U.S. Opens.

Despite a dearth of experience, the 20-year-old should not be overlooked or undervalued. Spieth was the 2013 PGA Tour Rookie of the Year, the youngest PGA Tour winner in 82 years after winning the John Deere Classic at the age of 19 and a member of the U.S. President's Cup triumph. Most recently, he earned a runner-up finish at this year's Masters and tied for a fourth-place finish at the Players Championship, accounting for over $7 million in earnings—all before he can legally buy an alcoholic beverage. 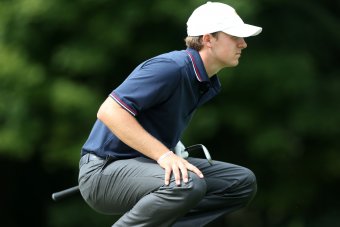 Spieth has exhibited the golf acumen and self confidence in his brief, burgeoning 18-month professional career to break through for his first major championship at Pinehurst.

Spieth doesn't just play well beyond his years; he also manages the course and his emotions with the poise of a true pro.

Attitude is more than half the battle at the U.S. Open, an annual war of attrition dating back to 1895. Pinehurst No. 2 will be no slouch. Much like it was at the U.S. Open in 1999 when Payne Stewart won, the course will be manicured with almost maniacal conditions, highlighted by super-slick greens that feel like putting on a granite table top. But staying cool under pressure has become Spieth's trademark.

"Nerves are no big deal to him," Bubba Watson told reporters after playing Saturday's round at this year's Masters. "He's a great player and a guy like that, he obviously has no fear. He's special."

Big numbers are a reality of the U.S. Open. How you bounce back makes all the difference.

"He's as down to earth and grounded a person as you're going to meet," Spieth's caddy, Michael Greller, told Golf World's Jim Moriarty. Under the callous conditions of the U.S. Open, Spieth's calm and collected nature will pay huge dividends.

Whereas a guy like Bubba Watson depends on his gargantuan length off the tee to score, Spieth's natural playing style doesn't favor one facet of the game more than another. He can score, plain and simple. This season Spieth ranks seventh in scoring average on Tour and tied for 13th in birdie average with just over four per round (243 total birdies over 60 rounds this season).

Phil Mickelson, one of the games all-time great scorers, commented on Spieth's palpable command on the golf course (via Moriarty):

The thing I like about Jordan's game is he hits all the shots. He's not one-dimensional by any means. He hits cuts. He hits draws. He brings it in low. He shapes the ball into pins. He has the ability to go really low. To see a guy at 20 years old hitting all the shots, it's only going to get more refined.

Perhaps that's why Spieth has even impressed the likes of Hall of Famer and current golf commentator Johnny Miller, who at the Players Championship said on-air, "I think the average American is thinking this is the new guy. This is the most exciting thing in golf right now, he has the 'It' factor, and, as he calls it, the ability to get it done. He gets it done is the bottom line."

Last month's Player's Championship marked the ninth time in Spieth's short career that he has entered the final round in the top four. Consider that for a moment.

The majority of PGA pros won't win a golf tournament in their careers, let alone contend down the stretch with such consistency. Spieth has just one victory under his belt but has a boatload of vital experience, the majority of which involves losing when the winner's circle was within his grasp.

Losing stings because of the self doubt it can unleash: questioning every shot, every club, every decision. But losing also has the power to breed resilience, smarter decision-making and an enduring patience, which is truly what golf is all about.

Spieth's endured enough loss that he'll be a more resilient force on the golf course the next time he contends.

"I think he can be great. He has plenty of power and confidence and you can see how well he’s been playing," Woods told reporters. "Just give him time."

Should Spieth contend at Pinehurst, it will be yet another testament to his rapid growth into one of the sport's most exciting young talents.

But should Spieth win at Pinehurst, it'd be a watershed moment in golf. He'd be the fourth-youngest player to win a major (after Young Tom Morris, who was 17, Johnny McDermott, who was 19 and Gene Sarazen, who was 20) and the second-youngest U.S. Open champion ever.

Spieth may have dreamt of winning the Masters, but he'll just have to settle for the U.S. Open.