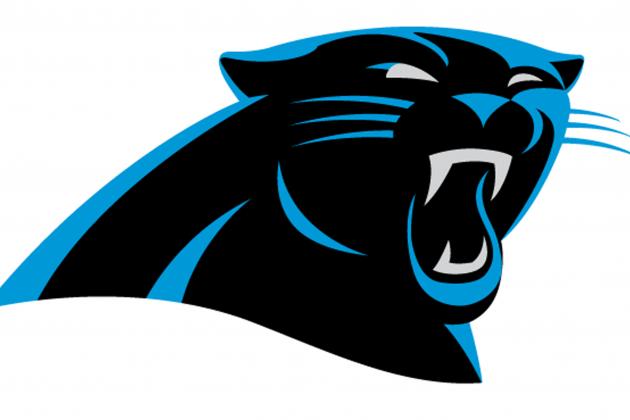 The Carolina Panthers have seven rounds to get the pieces into place that will represent either success or failure on the field in 2014.  A good draft will allow the Panthers to be successful during the upcoming season and beyond, while a poor draft could set the team back.

Carolina has needs at offensive tackle, wide receiver and cornerback.  Despite the current needs, there is a possibility that general manager Dave Gettleman and his staff will take a player that does not meet an essential need but can be a valuable asset on the field.

The other positions to consider are offensive guard, outside linebacker, tight end and safety.

Last season, Gettleman used the team's first two picks on defensive tackles.  The move was a bit surprising, but it paid off.  While the same strategy may or may not be used this year, addressing the needs on offense will be crucial in the early rounds.  However, taking a cornerback first should not come off as surprising.

This was Gettleman's first draft as Carolina's GM.  Three of his picks did well on the field, while injuries to Kugbila and Barner limited their action.  Gettleman proved in this draft he does not get zoned in on one player or position, and much of the same should be expected for this year's draft.

Round 1 will take place Thursday, May 8 at 8 p.m. ET.  Rounds 2-3 will be held Friday, May 9 at 7 p.m.  The final four rounds will occur Saturday, May 10 at noon.  Stay tuned to Bleacher Report for further updates.  This slideshow will discuss each pick as the the draft progresses.

This will provide easy access to find out which players were drafted by the Panthers in each round.  Slides will be updated with each pick, and a new slide will be added with a brief player profile.

*Denotes pick was part of trade that sent the 168th and 225th overall picks to Minnesota.

The Carolina Panthers surprised many with their selection of Kelvin Benjamin.  The former Seminoles wide receiver has a lot of potential, but it seemed he was destined to fall into the second round.  There was even speculation he would drop to Carolina in that very round.  Instead, he becomes their first pick of the 2014 NFL draft.

Benjamin has the talent to become a Pro Bowl receiver in the league and with Cam Newton throwing to him, he should thrive.  If he can play to his strengths and limit the number of dropped passes, he will be fine.  He has a strong supporting cast around him with Jerricho Cotchery and Jason Avant.  Those two will be instrumental in mentoring him at the the pro level.

The move is a bit surprising because it seemed the Panthers were destined to take an offensive tackle. However, the depth at the position suggests that it could be delayed until later in the draft.

He caught the game winning touchdown in the BCS championship game despite not being a non-factor for much of it.  Hopefully, he can help Carolina continue its rise in the NFC South and usher in a new era of Panthers football at wide receiver.

A surprising, but excellent pick, the Carolina Panthers appear to have solved the defensive end situation past the 2014 season.  The front office ignored the most pressing need at offensive tackle and opted to draft Kony Ealy who could replace either Charles Johnson or Greg Hardy.

Ealy is a flexible defensive end with speed to match.  He has no problem getting to the quarterback and should fit perfectly with the aggressive Carolina defensive scheme.  How he is utilized remains to be seen, but it's likely he will be a backup (and one that will make up for the loss of Frank Alexander during his suspension) and maybe move back to outside linebacker if called upon.

The 2014 season should be one that will see Ealy learning the game from the sideline and the field.  He will have plenty of mentors on defense and the coaching staff should get the most from a young man who has a lot of upside and projects to be the future of Panthers football.

Time will tell what kind of defensive end he will turn out to be, but for now, Carolina seems to have struck gold and made their defensive unit even more formidable.

The Carolina Panthers found a way of strengthening the offensive line - by bulking up the interior with Trai Turner.  The offensive guard from LSU was a durable lineman this past season and showed he can play when he's not at 100 percent.  He suffered a foot contusion against Auburn, but played through it.

No doubt that little attribute played a role in his selection to the Panthers.

Dave Gettleman surprised a few again in Round 3, but Turner shouldn't be too much of a shock.  If anything, the Panthers landed a solid interior lineman to the offense and he should be able to compete for a starting job in camp.  While some analysts believe Turner made a premature jump to the NFL, Gettleman and his staff liked what they saw from the young man.

If he does find his way into the starting lineup, there is a possibility the Panthers move one of their current offensive guard to right tackle and switch Byron Bell to the left side.  The leading candidate for such a transition is Edmund Kugbila.

However, Carolina has four more picks and anything can happen.

Turner is the latest "hog-mollie" to join the ranks of Panthers' linemen and should become an asset to the offense over the course of his career.

Dave Gettleman has made another pick that most probably did not see coming with his selection of Tre Boston from North Carolina.  Despite the Panthers being set at safety with the additions of Roman Harper, Thomas DeCoud and Charles Godfrey; Gettleman decided to bring in another safety who can develop into a long-term option at the position.

Since the veterans who signed with Carolina this offseason are playing on short-term deals, this move makes sense.

He should make an interesting addition to the Panthers' locker room.  According to his scouting report, his personality is one that can clash with others.  However, Carolina has a strong locker room with great leadership so it shouldn't be an issue.

Boston is a tweener as he converted from cornerback to safety while in college.  His size suggests he could move to the cornerback position, but training camp will tell the story.

Carolina decided to trade up with Minnesota to grab Bene Benwikere to fill a need a cornerback.  Their previous pick, Tre Boston, appeared to be groomed for the position himself until the trade was made. Regardless, the Panthers got a ballhawking corner in this round and he will be counted on to disrupt plays, break up passes and create turnovers.

Like many players who compete in weaker college football conferences, Benwikere gets a bit of a negative reputation regarding his productivity.  The numbers may be inflated, but history has shown that the best players can hail from anywhere.

He did play a little at safety during his freshman year at San Jose State, but should remain at cornerback throughout the duration of his career.  There may be some concern about his knee as he had MCL surgery on it while in high school.

For now, he will fill a vital need on the defense and should compete for a job when camp opens.

The Carolina Panthers used their sixth-round pick the same way they used it last year - on a running back from the Pac-12.  Tyler Gaffney will join a crowded Carolina backfield, but could make a run (pardon the pun) on some solid playing time.

Gaffney emerged as a featured back for the Cardinal and wrapped up his last year in college with 1,709 yards rushing and 21 touchdowns.  It could be argued the Panthers got a steal this late in the draft, especially if he can replicate his college production in the NFL.

He is a quality back who can catch passes out of the backfield.  This will prove useful as the Panthers love to employ their running backs in the passing game.  He had 15 receptions for 86 yards and a score in 2013 and did well in that department the year before.

The positive to takeaway from all this is that Gaffney can be productive and serve as a third-down back if an injury sidelines either DeAngelo Williams or Jonathan Stewart.  He may have to compete with Kenjon Barner for playing time, but the latter appears to be limited to special teams.