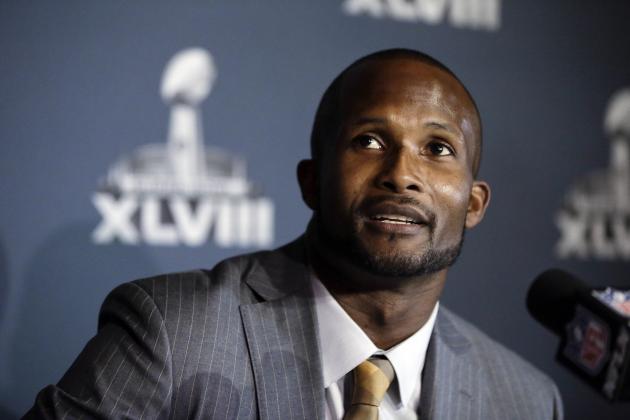 It's easy to fall in love with a player whose name is "Champ," especially a Champ whose 16-year career has more than enough accomplishments to land him in Canton.

But when that Champ is in his mid-30s, fresh off an injury-plagued season that made him tons of money, it seems as if he's a Champ who just isn't worth taking a chance on.

The Denver Broncos said goodbye to cornerback Champ Bailey Wednesday, ending a 10-year marriage between the Mile High City and the future Hall of Famer.

The move was purely financial, of course. The Broncos were expected to pay him $10 million had they kept him on the roster, and for a guy who played just five games last season, the move should have been expected.

But even though Bailey and his 52 interceptions are now on the market, the Oakland Raiders need to look the other direction.

Yes, the Raiders need help in the secondary. It was a glaring hole in the team's defense toward the second half of last season.

And even though Bailey ranks third in career interceptions among active NFL players, according to Pro-Football-Reference, he can't be relied upon anymore.

Bailey is getting older, and that's what it comes down to. Here's what he told Mike Klis of The Denver Post in December: "I’ve got to get my mind back right, got to get my body back right. That combination, plus being 35, it’s tough. It’s a tough game. It’s a young man’s game.”

The Raiders are building toward the future, and that does not include giving expensive contracts to veterans passed their prime, no matter how good their careers have been.

Younger players like Tyvon Branch and D.J. Hayden are expected to be the future of Oakland's secondary, and with Charles Woodson teaching them the ropes, Bailey's presence isn't needed.

Should the Oakland Raiders try to sign Champ Bailey?

Should the Oakland Raiders try to sign Champ Bailey?

There have been many older cornerbacks who have made the transition to safety, but that doesn't work with Oakland's current situation either. The Raiders could re-sign Woodson at a cheaper price than they could Bailey, and Woodson is already a fan favorite, as well as a terrific Raider.

Bailey will find a new team. Even at the age of 35, the guy still has some gas in the tank. But the Raiders are rebuilding, and they need to do so with younger players.

And let's be honest, this Champ wants to be a champ before his career is through. He isn't going to be a champ in Oakland anytime soon.