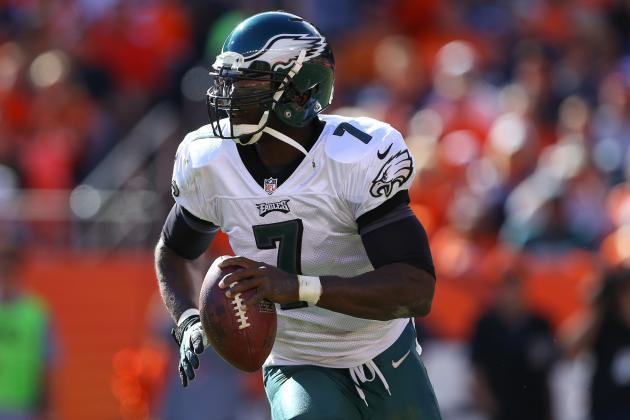 In 2013, the Oakland Raiders were slashing contracts like Wal-Mart slashes prices.

In 2014, things couldn't be any more different. As general manager Reggie McKenzie did his best to rid the team of overpaid contracts left behind by late owner Al Davis, he opened up the floodgates for piles of money to come Oakland's way.

As of now, the Raiders have over $60 million in cap space to work with, but it's anybody's guess as to who they'll land once free agency begins March 11.

The team still has many needs to address, but with a full draft board to work with, as well as loads of cash at McKenzie's disposal, plenty of those holes are sure to be filled.

Despite the bigger names available on the market, the Raiders need to stay away from more than one of them. Here are five.

The Raiders need to cut ties with their former first-round pick.

It's unfortunate that Darren McFadden can't stay healthy, because the guy has already shown he has the talent to compete in the NFL.

McFadden has missed the equivalent of two seasons worth of football due to injuries, and he just hasn't looked the same since his career year of 2010.

The Raiders found a good thing last season in Rashad Jennings, and re-signing him needs to be more of a priority than re-signing McFadden.

You can't count on a guy who's failed to play in more than 13 games in any season.

Jeremy Maclin very well could have been an Oakland Raider in 2009, but Al Davis loved Darrius Heyward-Bey's speed more.

Maclin is one of the most notable wide receivers in this year's free-agency class, but the Raiders should look elsewhere for a wide out.

Maclin is coming off a major ACL injury that kept him from playing at all in 2013, but that's not all he's got going against him.

In four NFL seasons, Maclin has never had a 1,000-yard season. Not to mention, only one of those seasons was over 900 yards.

The Raiders have a chance to draft Sammy Watkins, and Hakeem Nicks and Eric Decker will be available in free agency. Maclin need not be in their plans.

With salary-cap problems and Eugene Monroe seeming to be more of a priority, it's unlikely the Baltimore Ravens will keep free-agent offensive lineman Michael Oher.

Throughout his young career, Oher has been one of the most durable lineman in the NFL, but he hasn't lived up to expectations since the Ravens drafted him with their first pick in 2009.

According to Jamison Hensley of ESPN.com, Oher has made more headlines for The Blind Side than for his talents on the football field.

Hensley also noted that Oher has struggled with penalties and pass protection. That's not a good sign for him or any team looking to sign him.

The Raiders are desperate to improve their offensive line, but it needs to be with quality linemen.

Knowshon Moreno finished with 13 touchdowns and nearly 1,600 yards for the Denver Broncos last season, a phenomenal year for any running back.

But before general managers begin to write their checks for his services, a few things must be brought up.

The guy had the benefit of playing with Peyton Manning and one of the best offensive lines in all of football.

The Raiders, well, their offensive line is pretty bad, and even they don't know who their quarterback is. Moreno's numbers wouldn't even come close to the ones he posted last year if he came to Oakland, and his asking price is sure to be steep.

The Raiders are looking for a franchise running back, but Moreno hasn't shown the consistency to be labeled as such.

Michael Vick is the most electrifying quarterback in this year's free-agent class, but the Raiders should stay away from him.

Vick's magic has been lost since he re-established himself in 2010, and his numbers have gone down every year since.

Did I mention his body's made of glass?

In 11 NFL seasons, Vick has only played a 16-game season once, and he has missed 25 games since 2010. Credit Nick Foles for taking his job last year, but Vick's injuries helped Foles steal the job away from him.

The Raiders don't need to waste their time, or money, on a 33-year-old quarterback plagued with injuries.