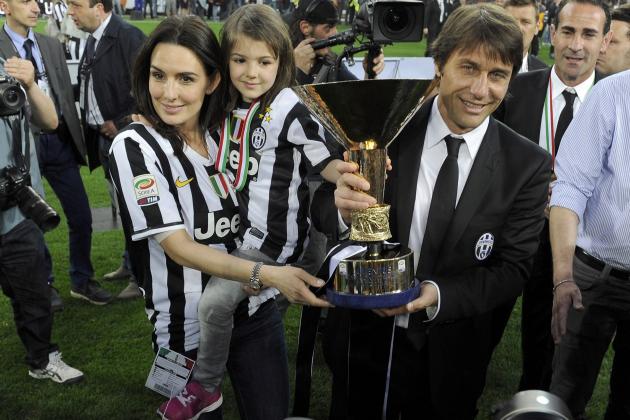 Articles like this are every football writer's nightmare. Choosing five players from the entire history of a team like Juventus is impossible, especially when you're simply given "greatest" as a guideline.

How are we to judge greatness? On titles, perhaps? Or loyalty to the shirt? On individual brilliance or as part of the bigger picture, respecting the integral role one of the less-vaunted players might have played?

It is, in a word, impossible. No matter who's included or left out, any list as reductive is going to irk some fans who are left incredulous that their favoured man has been forgotten.

With that in mind, let's pay homage to one writer's personal favourites from the many great players who have donned the Bianconero jersey. Don't agree? Leave your own top five below the line.

It's hard to believe that Michel Platini was only at Juventus for five years. Few players are more synonymous with the Italian club than the Frenchman, who remains the most recognisable icon from a golden age at the Old Lady.

Platini was a sublime passer of the ball, deadly from free kicks and, despite being a midfielder, a constant goal threat. He managed almost a goal every two games for the Bianconeri between 1982-87, on top of the many he created for the likes of Zbigniew Boniek and Paolo Rossi farther forward.

And when Juve won the 1984–85 European Cup, the No. 10 was not only the team's driving force; he was the tournament's joint highest scorer alongside Goteborg's Torbjorn Nilsson.

That win should have been a crowning achievement, but instead tragedy struck at the Heysel Stadium in Brussels. He scored the only goal in the game, but it was a hollow victory in light of what happened in the crowd.

Platini had other successes, thankfully. In all, he took seven major titles during his time at Juve, including a Coppa Italia in 1983, the European Cup Winners' Cup and the UEFA Super Cup in 1984, two Serie A titles and an Intercontinental Cup in 1985. But it wasn't just the titles that made the current head of UEFA a Juve great; it was the way he won them. There have only been a handful of players in Serie A as talented or as entertaining, before or since.

If this were a top 10, there'd be two goalkeepers on the list. But here, stuck for space, is it Gigi Buffon or Dino Zoff? It's a hard call to make.

They're two of football's greatest-ever keepers, with records that most other stoppers could only dream of.

Zoff went an incredible 1,142 minutes without conceding a goal for Italy—a record that still stands today as the longest ever goalless spell in international football. He was also the oldest winner of the World Cup when he captained Italy to their triumph in Spain in 1982.

Buffon's record for the Azzurri is hardly lacking either, with his World Cup win in 2006, the same year he finished runner up for the Ballon d'Or—an incredible feat for a keeper. And anyway, this is about club rather than country.

The current Juve No. 1 has four league titles to Zoff's six and is still missing a European trophy in the Bianconero shirt. Despite that, he gets this observer's vote for the fact that in this age of unadulterated professionalism, he still chose to stay with Juve when they were relegated in 2006 after Calciopoli.

Coming back to the top flight the next year must have been a proud moment for the keeper, who at the time could have named his price at any of Europe's best clubs, and now he's leading them on the field in a new golden age for the team. Buffon's place in Juve's history is second-to-none.

Giampiero Boniperti is a classic one-club man. He played over 440 league games for Juve during a career that spanned from the end of the Second World War to 1961.

His partnership with John Charles and Omar Sivori up front, they were known as the "Magical Trio", is one of the greatest the game's ever seen, and his commitment to the club was unquestionable. Even now, aged 85, he's still honorary president in Turin.

Gaetano Scirea was the quintessential Italian defender. Calm, understated and lethally efficient, Scirea defined the libero role perhaps better than anyone. In the way he composed himself—always fair, never rash—he defined the kind of player that a Bianconero should be.

Scirea made more than 550 appearances for the Turin giants before dying tragically in a car crash in Poland, aged just 36. The memory of his versatility, control and poise on and off the ball live on to this day.

For almost 20 years, Alessandro Del Piero was at the heart of Juventus. The man from Conegliano, just outside of Treviso near Venice, is one of the most iconic players of his generation and came to symbolise Italian football for many fans around the world.

He's played more games and scored more goals than any other Bianconero, and he's always done it in a classy way. Along with Buffon, he chose to go to Serie B in 2006 when he could have saved himself the ignominy and left for a new challenge elsewhere.

He was the focal point of a great side that won six league titles (eight before Calciopoli) and the Champions League in 1996. They finished runners-up in that competition three times, too.

He's now enjoying one last challenge in Australia with Sydney FC, but many Bianconeri will have wished that he hadn't been let go so unceremoniously after two decades of loyal service.

Once his playing days are over though, expect a return to the Old Lady in some capacity for the club's greatest-ever player. Until then, there's always the memories...and YouTube compilations.

We'd like to send you the most entertaining Juventus articles, videos, and podcasts from around the web.