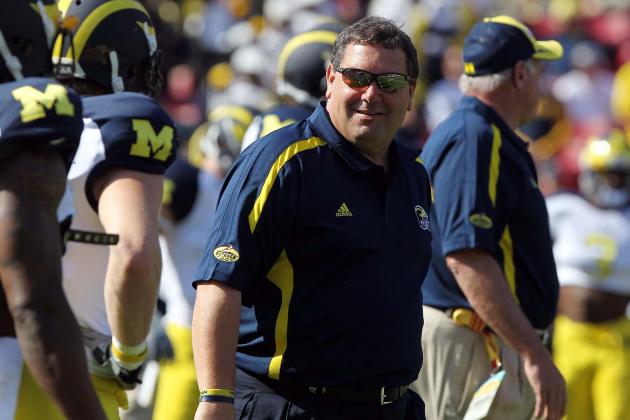 On Sunday, July 28, Michigan will be hosting its annual Barbecue at the Big House recruiting event.  Other than actual games themselves, this is probably the biggest recruiting event Michigan offers for high schoolers.

The tradition was started by Rich Rodriguez and was immediately an instant hit.

It is always especially exciting for Michigan fans everywhere, as even though they're not allowed to attend it, they know the possibility of some big time commitments is incredibly high.

The story at last year's barbecue surrounded Derrick Green and whether or not he would pledge to Michigan that day. He didn't, but wound up doing so a few months later in January.

The nation's top high school running back will once again be in attendance this year, this time in the form of Leonard Fournette.

Now Fournette will be a much harder get than Green was last year, but as long as he sees the campus there's at least a chance. In fact, this will be Fournette's first ever visit to Ann Arbor.

Most fans also know the situation involving Jabrill Peppers, who is committed to Michigan, and Da'Shawn Hand, who looks to have Michigan as his leader.

According to Rivals.com, Hand and Peppers are the best two players in the country, respectively, and Fournette is No. 3. If all three could be in attendance, that could potentially make recruiting history.

As a fan, Does the Excitement of the BBQ Keep you on the Edge of Your Seat?

As a fan, Does the Excitement of the BBQ Keep you on the Edge of Your Seat?

Unfortunately, it's looking more and more like neither Hand nor Peppers will be able to make it, although nothing is for sure yet.

That is especially discouraging for a number of reasons; if Hand were able to attend, one would have to think Michigan's chances would only increase as he bonds and spends time with the current class and coaching staff.

Something similar can be said for Peppers, as he is arguably the top "in-class recruiter" Michigan has of its committed players. Jabrill would undoubtedly work on both Hand, Fournette and other hopefuls constantly, similar to how Shane Morris did in last year's class.

If Peppers is absent, though, that duty will primarily fall on the shoulders of Michael Ferns. His efforts toward other Michigan targets so far have been incredible, as he has basically served almost as another coach on this coaching staff.

The barbecue is all about these kids having fun and bonding with their potential future teammates.

We as fans always know to be on commitment watch that day, so it is a fair expectation to be on the edge of your seat all afternoon.