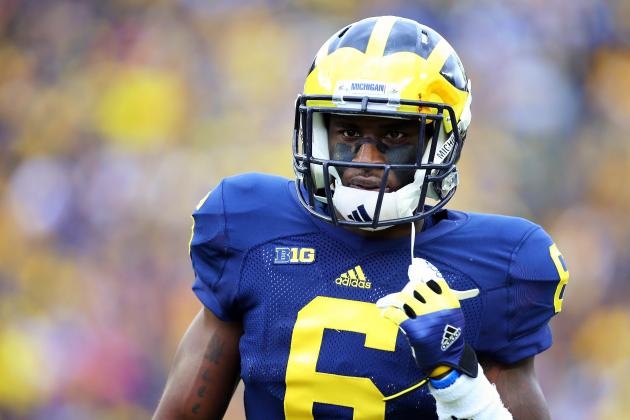 One of the best ways to get to know a football team is to dissect its strengths and weaknesses. The Michigan Wolverines have plenty areas of strength, but unfortunately they have one or two areas of concern as well.

Here's a look at the Wolverines' two strongest areas on Team 134 and also their two weakest headed into fall camp.

Go ahead and laugh at this one all you want, but it is incredibly important. What was a complete embarrassment on this team only a few years ago has turned into arguably the biggest strength on it.

Brendan Gibbons simply doesn't miss extra points or field goals and has to be put on a short list of the best kickers in the country.

This position doesn't just have Gibbons, though; it also has Matt Wile.

Wile was used for certain long-distance kicks last year, and he turned out to be a success. It's safe to assume that he'll man that same role this season.

The combination of Gibbons and Wile makes this arguably the strongest position on the team.

This one is bound to stir up some controversy.

When looking at the position as a whole, though, I can't help but think this is the second-biggest weakness on the entire team. It was a close race with the running backs for this spot, but I think the receivers are slightly weaker.

Yes, the position does have Jeremy Gallon, who looks ready to have a huge year, but there isn't much behind him.

Drew Dileo isn't going to be a star and take over games, so he'll continue to be just a role player, even as a senior.

Arguably the biggest X-factor at this entire position is Amara Darboh. The unit is counting on him to step up and be a threat as a sophomore, even though he saw only a few snaps on offense all of last season.

If he doesn't step up, this position could be in trouble.

Jehu Chesson is another youngster who could play a small role this fall after redshirting last year. Don't expect a whole lot from seniors Jeremy Jackson and Joe Reynolds, although they could each see playing time here and there.

I may be going against popular opinion here, but I'm expecting little to no contribution from the incoming freshmen. Da'Mario Jones could potentially help out a little bit, but I wouldn't expect much more than that.

Even though I have this listed as the second-biggest weakness on the team, I'm not too concerned about it. The only reason it's on here is because it's hard to find glaring weaknesses on this team.

Cornerback is easily one of Michigan's biggest strengths. The position is deep and filled with young talent.

Blake Countess should hopefully pick up where he left off as a freshman and take off from there. All-American honors are in his future if he keeps improving.

Raymon Taylor was thought to have the other corner spot all but locked up, but some recent signs have begun to disprove that. For example, Delonte Hollowell started the spring game over him; even though that's not a huge deal, it's still something to note.

The starting nickelback, Courtney Avery, could wind up stealing the job away from Taylor as a senior. This would allow highly touted freshman Dymonte Thomas to step in and start at nickelback. This battle between Taylor and Avery probably will rage on throughout fall camp. It may not be decided until the season opener.

Whatever the case may be, it just goes to show there is strong competition at this position.

If Jake Ryan hadn't gone down with injury, then linebacker probably would have taken this position's place on the list.

Because he won't be back anytime soon, though, cornerback shoots up the list of Michigan's strongest positions.

This is, by far, the biggest concern and most important aspect of this 2013 Michigan team. I seldom (if ever) use this term, but how well this unit performs could "make or break" Michigan's season.

If the offensive line progresses more quickly than expected, then this could be a special, special season. The problem is that it's so hard to predict how it will perform, mainly because it's filled with inexperienced youngsters.

Ben Braden, Kyle Kalis and Jack Miller are all projected to start, yet none have played a meaningful snap in a game here at Michigan.

Heck, Braden and Kalis have never played a snap, period.

If Taylor Lewan hadn't come back, the outlook would be even more bleak. His veteran presence, along with Michael Schofield's, is a big reason why this line could actually wind up being pretty decent.

The expectation is that this unit will probably start off pretty rocky, but by midseason it should be a formidable group. The bare minimum is that it needs to be better than last year's pitiful and underachieving line.

We've all heard Brady Hoke's constant preaching of how football is a game won in the trenches, making both lines the most important aspect of your team.

How well this Michigan offensive line does this fall will be living proof of that.