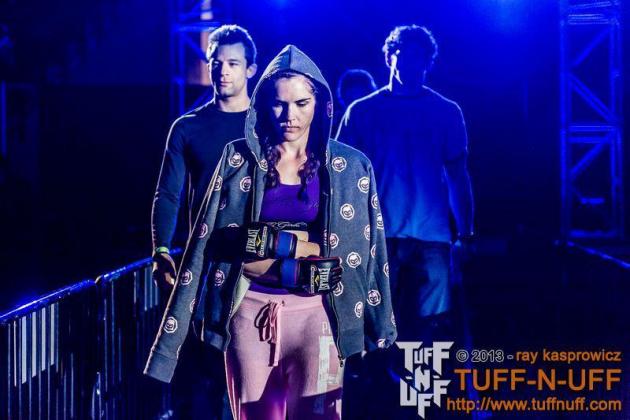 Three years ago I traveled deep into the desert of Lordsburg, New Mexico. Once there, I traveled to the wrong side of the tracks to catch a humble amateur MMA event known as the XCFC.

I saw many great scraps that night, but the one that stood out in my mind was an all-out war between two of my now favorite rising female fighters. I had the absolute pleasure of seeing Brenna Larkin and Cortney Casey do battle and mix it up in a memorable matchup that made me a fan of both for life.

Years later Larkin (5-0) is now competing for a not-so-humble amateur organization and she is not fighting on the wrong side of the tracks in some dusty desert town. She is now a champion of the single greatest amateur MMA promotion in the world,  Tuff-N-Uff. She now displays her talents in the fight capital of the world, Las Vegas, Nevada.

Larkin’s first title defense under the Tuff-N-Uff banner comes during what is simply known as fight week. Fight week is the biggest MMA event of the year in Sin City. Both Tuff-N-Uff and the UFC are putting on shows in Vegas this week, and fight fans are out in masses to take in both events. Larkin will gather her camp and head north from Tucson with intentions of returning home a champion.

I had a chance to chat with the champ recently and pick her brain about fighting, graduating law school with honors and her future.

First Larkin spoke about her training and preparation for her first title defense on July 5th at The South Point Hotel and Casino in Vegas.

Larkin sounded very confident stating, “Training is going terrific for this title defense. I don’t know if I have ever had a better training camp or better preparation for a fight than I have so far for this one. I am really excited to be able to go in there and be able to defend my title.”

She trains out of Tucson’s Apex MMA, which is home to many current and former MMA stars. Guys like TUF Alumni Joey Rivera, George Roop of the UFC and Larkin’s fiancé Ed West of Bellator, among many others, call Apex home. She is managed by Luta Elite MMA as well.

Larkin talked about the benefits of training with such high level fighters. She said, “It can be a blessing and a curse sometimes, but mostly a blessing. It’s terrific just to get that level of training. I know that I am doing all the things that professionals at the very top of the game are doing. So it gives me a lot of confidence in my preparation. I know going into every single fight that I am ready and have done everything I could possibly do to prepare.”

With such high expectations of herself, she laughed and added, “The curse part is that I find myself comparing myself to guys who are pro in the UFC and Bellator.” To hear West tell it around the water cooler, Larkin tends to hold her own and send the fellas home with plenty of lumps of their own, though.

The champ also was sure to recognize another benefit, saying, “The best thing is I work with a lot of people who are very knowledgeable about the sport and have been around it for a long time. They have made many mistakes and are making sure I don’t make those same mistakes.”

For athletes aspiring to the levels of Bellator or the UFC, there is no better place to cut one’s teeth than Tuff-N-Uff. All the top camps in the world would agree. Larkin was quick to share her thoughts, explaining, “I have had my eye on Tuff-N-Uff for a long time, because of the reputation that they have and the fighters that come out of there. I knew I was ready for it a long time before I actually did get to fight for them. They have really lived up to the reputation, and I have nothing but good things to say about competing for them.”

A long-time alumni of Tuff-N-Uff is the Xtreme Couture family, whom require no introduction among fight fans. Larkin’s number one contender, Keri Lichtenwalner (4-4) calls the mats at Xtreme Couture home and enters this fight with an edge on experience. Still, Larkin is extremely confident heading into fight night.

She has done her homework and is prepared for what lies ahead. Larkin explained, “I do my research on every opponent and try to look at what video they have. I also know that the fighter that I may encounter when I actually go in the cage is going to be different from the one I see in the video. After checking out her camp and her fights, she is obviously going to be a tough chick. I always get tough chicks and have never had an easy fight. So I am used to tough chicks.”

She went on to say, “I think this is a really good fight for me. I think stylistically we match up really well. I obviously think I am going to go in there and win and I am planning on winning, but I am also ready for her to come out and be tough.”

For all you mouth-breathers out there, that’s kind of a big deal.

Point is, she’s as brilliant academically as she is athletically and that makes her a double threat both in and out of the cage. She likes keeping her options open and explained the contrast between attorney and warrior as she sees it.

Larkin said, “I think it is really helpful for me to have something else going for me. I fight just because I want to. I don’t do it because I have to, to make money, or to be famous. Fighting, even when I go pro, is never going to be my job. It will be something I do because I love to do it and am passionate about it. I’m never going to depend on it.”

The champ went on to say, “I think that is really important, because once you begin to depend on something like fighting you are just asking to go down hard. That will make me free to make the right decision, like going pro when I am ready, and with which organization I think is best for my career. When I have that freedom as a competitor, I do my best since I am only there because I want to be.”

Having prepared herself well for all paths before her, she talked about where she expects those paths to lead, saying, “My future could entail fighting, lawyering, and having kids and making a family. None of those things really balance with one another and something will have to give. I can be a lawyer for the rest of my life and I do want to be a good lawyer. But I also realize fighting is a very narrow window for me. Especially as a chick who wants to have kids at some point too.”

She added, “It is almost up to fate in a way. Although I am focusing on fighting right now, because it is the thing that is in front of me right now and I have to do it to be happy with my life. I am really passionate about it at this moment and I am going after that right now. As my life changes, my family will come first.”

For anyone who has trained with or seen Larkin fight, they know it is only a matter of time before she catches the eye of a matchmaker in a top organization. Maybe you have heard of a little lady by the name of Ronda Rousey who just so happened to get her start in Tuff-N-Uff not that long ago. So Larkin is clearly on the right path if success serves her as it has thus far.

That being said, the idea that this passion of hers could take on a life of its own is not overwhelming for her more so than she is just taking it all in stride. Talking about the possibilities of the future, she said, “It is incredible to look forward and even consider the UFC as an option. That is something women in the sport never even thought about. It is amazing all the changes that have occurred in the past several months even in light of the past couple years.”

In the end, none of that serves as motivation to Larkin. What really drives her is her passion to compete and overcome obstacles which she feels have proved too much for many in life. When asked what she most wanted fight fans to know about her, she had this to say, “The one thing that forms my philosophy about life, which also helps me get into fighting, is that it is OK to be afraid as long as you don’t let your fear dictate what you do.”

She explained, “I am terrified every single time I even contemplate getting into the cage. I have learned how to be able to deal with that fear, put it aside, and be able to just experience it. I have been terrified and been able to have the courage in this moment and do this one thing that I really want to do. I think people want to do things in life and don’t because fear holds them back. Even great champions have fear. The difference is how they react and respond to it.”

Her responses have been concise, acute and effective time and time again. All the while, she has been cutting her teeth as an amateur fighter who may or may not be on her way to much greater heights. Whichever way the paths she has before her branch out and provide the options she has worked so hard for, she will be more than prepared to succeed and flourish.

Be it as an athlete, an attorney, a mother or a champion. 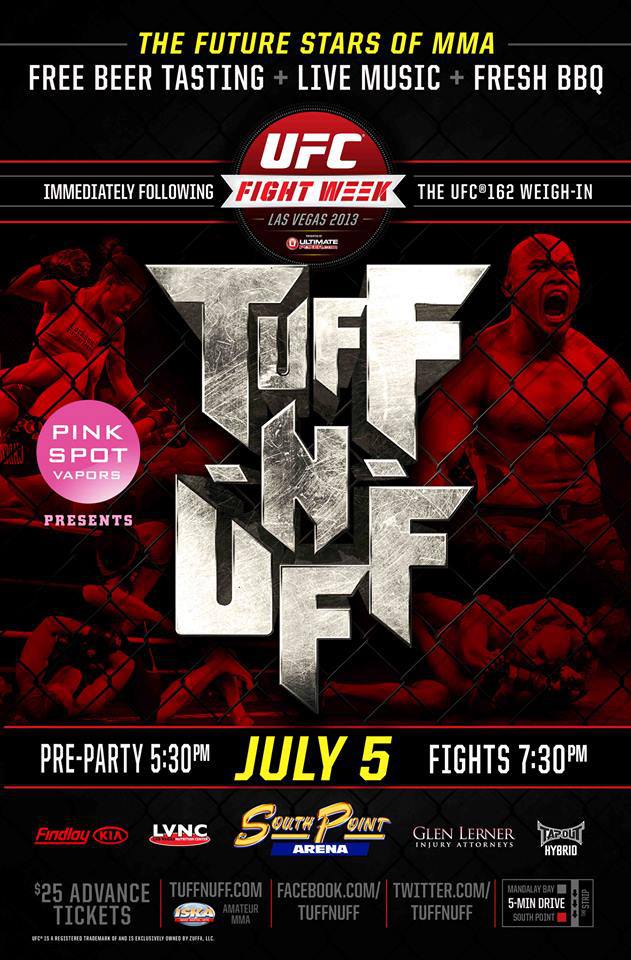 We'd like to send you the most entertaining UFC articles, videos, and podcasts from around the web.