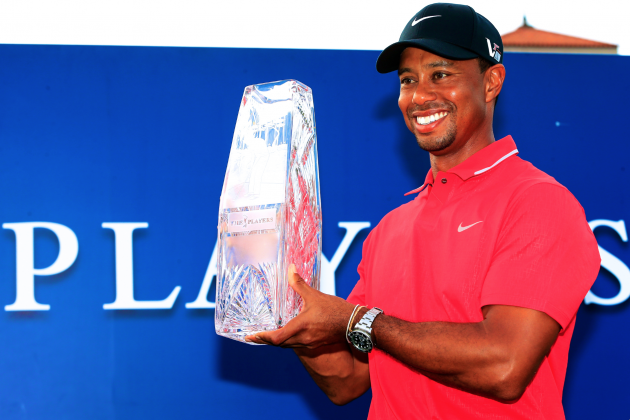 The last time Tiger Woods won four times before June 1, he went on to win four major championships in a row from 2000-2001.

Luckily for Woods, Sergio Garcia self-destructed on the 17th hole and gave up six shots on his final two holes, delivering Woods his fourth title of 2013 with the Players Championship at TPC Sawgrass Sunday.

Woods (-13) captured his 78th career victory and second Players Championship (2001). After cruising through his front nine Sunday, Woods had a gut check at the 14th hole when he dunked his tee shot in the water hazard. That opened the door for a host of players, but all of them struggled to rise to the occasion.

Tiger on swing at 14: "I hit the absolute worst shot I could possibly hit. I just told myself that was the only bad swing I made all day."

David Lingmerth (-11), the 25-year-old Swede, put up a valiant effort, but after a slow start, he would fall just a couple of strokes short of Tiger. The 49-year-old Jeff Maggert (-11) was making a run for the title, but he came up short at the treacherous par-three 17th hole, where he found the water.

Sergio Garcia (-7) was in the thick of it and playing with poise all day, showing some surprising touch on the greens. But he too put two consecutive shots in the water at the 17th, eliminating his chances of a second Players Championship (2008 champion).

Unfortunately for Garcia—whose rift with Tiger just the day before spread like wildfire across the golf world—the Spaniard's yet to overcome his battle with coping under pressure. 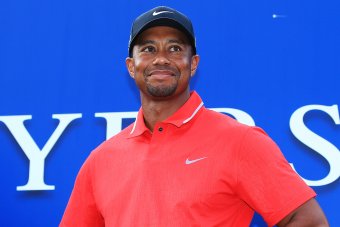 Richard Heathcote/Getty Images
The world No.1 also ranks No. 1 in putting this year on Tour. Woods' miraculous short game has been the deciding factor in his resurgence. When you pair his elite touch on the greens with his precision with his irons (ranking third in the field in greens in regulation this week) Woods is a deadly competitor.

Woods is now 53-4 when entering the final round with a share of the lead. Not too shabby.

The 17th hole once again was the most difficult and meaningful test at TPC Sawgrass. If the island green wasn't intimidating enough, swirling winds tend to pick up late in the afternoon. That creates an even more grueling challenge, complicating yardages and shaking the confidence among even the world's best.

After the rift between Tiger Woods and Sergio Garcia exploded in the third round of the Players Championship, the likelihood of a playoff became all the more juicy. But Sergio did just about everything in his power to ruin his chances.

Woods now has won four of his last seven tournaments this season and undeniably will be the favorite heading into the U.S. Open beginning June 13 at Merion Golf Club in Pennsylvania.