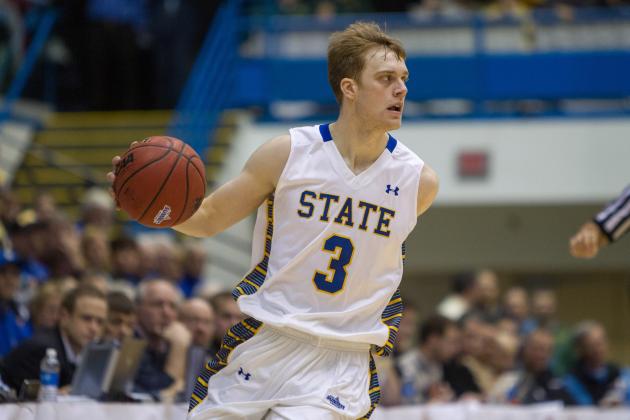 Nate Wolters is already regarded as the best player for South Dakota State since the Jackrabbits' move to Division I in 2004. Now he just needs to lead his team to a second-round upset victory in the NCAA tournament to become a star nationally.

The 6'4" point guard from St. Cloud, Minn. ranks fourth in Division I in scoring with a 22.7 points per game average. Wolters also averages 5.8 assists per game to go along with 5.6 rebounds per contest.

Already this season, the senior has become the all-time leader in scoring and assists at South Dakota State. In addition, Wolters has been named to the All-Summit League first team three seasons in a row.

For all that he has accomplished as a Jackrabbit, Wolters has yet to have a game that is truly memorable, one that people will talk about for years to come. Earlier in the year, Wolters scored 53 points at Indiana University-Purdue University Fort Wayne, but the Mastodons are not a team that many college basketball fans pay attention to.

Wolters had a chance to be a hero in a nationally televised game against Alabama in South Dakota State's first game of the year, but it was the Crimson Tide's Trevor Lacey who made a three-point basket as time expired to give his team the 70-67 victory. 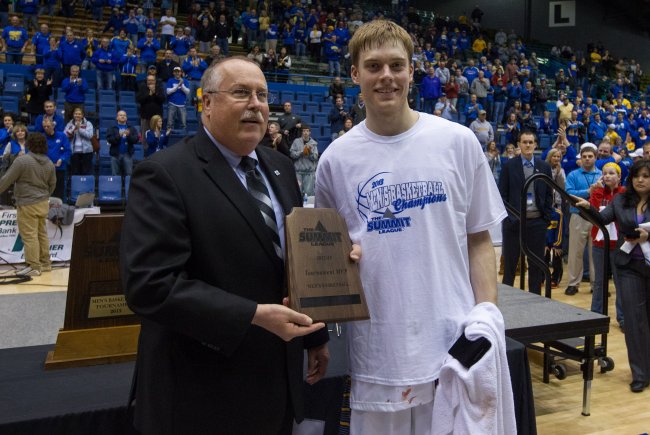 For those that don't remember Bryce Drew, the current coach of the Valparaiso Crusaders, as a player, he played for the aforementioned university from 1994 to 1998. On March 13, 1998 at the Myriad Convention Center in Oklahoma City, the No. 13-seeded Crusaders challenged the Ole Miss Rebels, the No. 4 seed in the Midwest Region of the NCAA tournament.

Valparaiso was down by two points. 69-67, with the ball and 2.5 seconds remaining in the contest. From the far end of the court, Jaime Sykes threw an inbounds pass over the midcourt line in the direction of Bill Jenkins.

Jenkins outjumped an Ole Miss defender for the ball and quickly tapped the ball to a running Drew. Drew's 23-foot three-point shot went in as time expired to give the Crusaders the upset victory that led to an eventual place in the Sweet 16.

Although Drew averaged just 4.4 points per game in six seasons in the NBA, his herculean effort in the 1998 Men's NCAA Tournament is still remembered to this day.

There are questions regarding Wolters' future in the NBA. As positives, he can create his own shot and possesses a quick release. Wolters is also quite effective in pick-and-roll situations.

On the negative side, Wolters needs to get stronger and he may lack the athleticism and explosiveness to succeed at the next level. In addition, there are reservations about Wolters' ability to defend other point guards.

In case Wolters does not make it in the NBA, it would be advantageous for him to leave a lasting memory before his collegiate career ends. Last season, several pundits predicted that the Jackrabbits would defeat Baylor in the NCAA tournament. However, after South Dakota State captured an early lead, the Bears pulled away for a 68-60 victory.

This time around, South Dakota State, the 13th seed in the East Region, will take on the Michigan Wolverines. The Wolverines have been inconsistent lately, losing three of their last six games.

The fact that Michigan was ranked No. 1 in Division I earlier in the season would certainly create the backdrop for what could be a remarkable contest. Wolters is bringing along three other starters from last season's squad to help him create a possible magical moment in Auburn Hills, Mich.

If the Jackrabbits do pull off the upset, hopefully Wolters' moment in the sun won't be interrupted by an astronaut.