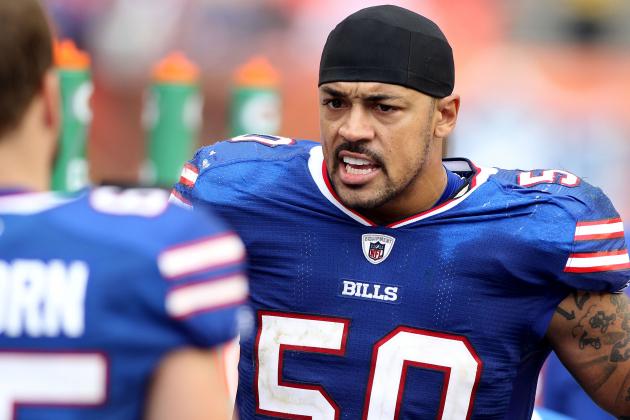 The Oakland Raiders will have their hands full trying to improve a disappointing 2012 team that finished with just four wins.

Though general manager Reggie McKenzie isn't as strapped for cash as he was last year, he still can't spend a whole lot on players.

With that being said, here are three players the Raiders could sign this offseason.

At 36, Plaxico Burress just doesn't have what it takes to shine in the NFL anymore.

His best days are behind him, but he can still teach young receivers how to be great receivers. Oakland's receiving corps needs some of that.

Burress played for less than $1 million last season in a brief stint in Pittsburgh, and the Raiders could acquire him for cheap.

Nick Barnett is still a solid linebacker in the NFL.

His numbers were equivalent to Wheeler's last season, and the Raiders could use a proven, experienced linebacker to play alongside Wheeler and Miles Burris.

Barnett has worked with both McKenzie and linebackers coach Bob Sanders, and he just seems like a good fit.

At 32, he won't be getting a huge contract, but the Raiders could still shell out a little more for him.

D.J. Moore never got to show Chicago just exactly how good of a defender he was. It wasn't a performance thing by any means, it's just hard to shine when you have to back up Charles Tillman.

Even as a backup, Moore grabbed two interceptions.

The Raiders need to drastically improve their secondary, and acquiring a solid cornerback in free agency would be a step in the right direction.

Especially one who hasn't gotten paid much money.