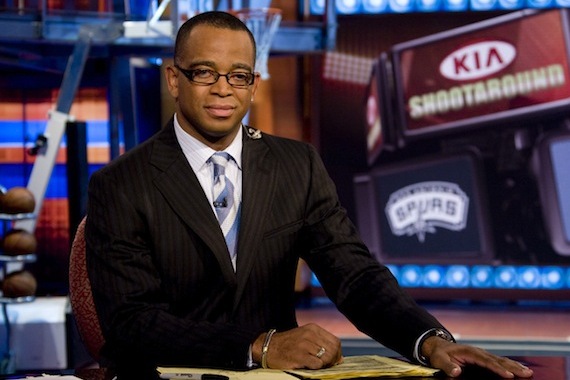 One of the greatest men to sit at the Sportscenter anchor desk announced that he once again has cancer.

The man who made Boo Yah! a common sports phrase, Stuart Scott announced Monday via Twitter that he is once again battling intestinal cancer, according to a report from Yahoo! Sports.

Scott has beaten back cancer twice before.

He underwent an emergency appendectomy after falling ill while he was covering a Monday Night Football game back in 2007.

Scott underwent six months of preventive chemotherapy after the cancer was initially discovered. He even continued working on-air while going through the treatment.

He had been cancer-free until early 2011 when it decided to show its ugly face again, this time on his small intestine.

"plans to continue to work the best he can around his treatments."

After tweets of sympathy from followers including the likes of Robert Griffin III and former NFL linebacker Jason Taylor, Scott tweeted this response.

"Thanks for prayers..ill fight w ALL C survivors & loved ones. Cancer wants to re-appear..picked the right guy cuz I HIT HARD all day long!!" He gave his followers a look inside his routine: "Here's what I do right aftr chemo. Leave the infusion center & go STRAIGHT 2 either do a p90x wkout or train MMA..THATS how you #LIVESTRONG

His positive and outgoing personality will definitely help him get through this difficult time in his life yet again. I wish him nothing but the best in his road to once again being cancer-free.