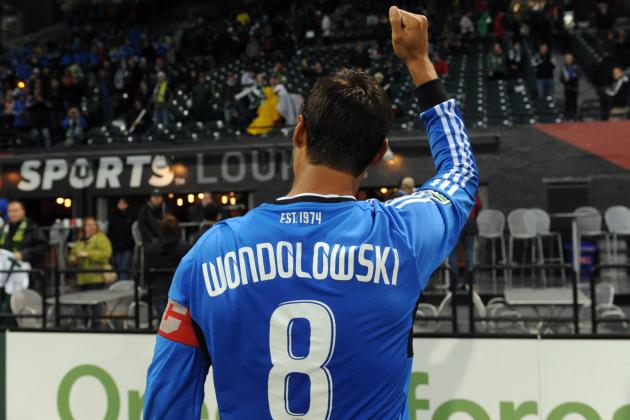 This is not a bold prediction: The 2013 MLS season will be the finest season yet.

But this is: It will be so without the services of America’s greatest player, Landon Donovan.

Only 59 days separates MLS fans from the first whistle. Rosters are not fully formed. Coaches have not been hired (bravo, New York). But it is never too early to envisage what will transpire on the pitch come March 2.

(It’s not like Chivas USA have done anything this offseason that warrants it a vote of confidence.)

A new year breathes new life for MLS teams. The ball has dropped, so start your new year off right with these bold predictions for the 2013 MLS season. 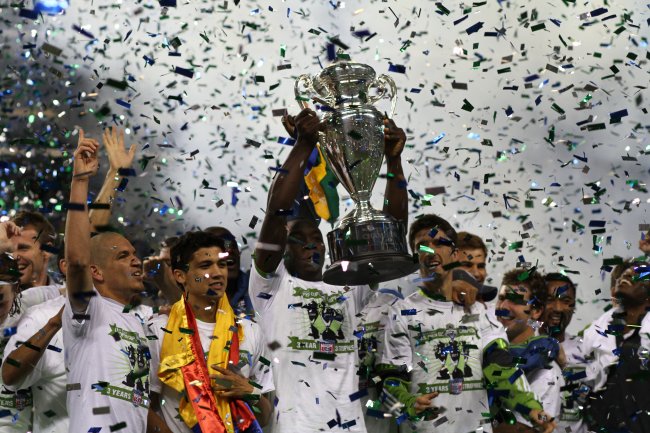 An MLS Team Will Win the CONCACAF Champions League

No MLS team has ever won the CONCACAF Champions League.

Three MLS teams remain standing headed into the quarterfinals of the CCL. The Los Angeles Galaxy, Seattle Sounders and Houston Dynamo are all in search of the league's first title in the competition. All are trying to punch a ticket as the first American team to reach the FIFA Club World Cup.

It will be the first time MLS will be able to feature its brand of soccer on an international stage.

The No. 1- and No. 2-seeded Mexican clubs Monterrey and Santos Laguna are the favorites to bring home yet another title for Mexico.

But Santos will fall in the quarterfinals at the hands of the Houston Dynamo—setting up for the potential of an all-MLS semifinal between Houston and Seattle.

After another disappointing playoff run which left the Sounders without a title, Seattle will be able to redeem itself by bringing home the CCL trophy.

The FIFA Club World Cup may not be as prestigious as the UEFA Champions League. It may not be of significant importance to Europe’s top clubs.

But it does provide MLS with the opportunity to show FIFA president Sepp Blatter just how “strong” it is.

FIFA's Sepp Blatter blasts MLS, saying it has yet to catch on as a legitimate pro league in U.S. tinyurl.com/apkx6jj

The Sounders will have that opportunity in 2013. 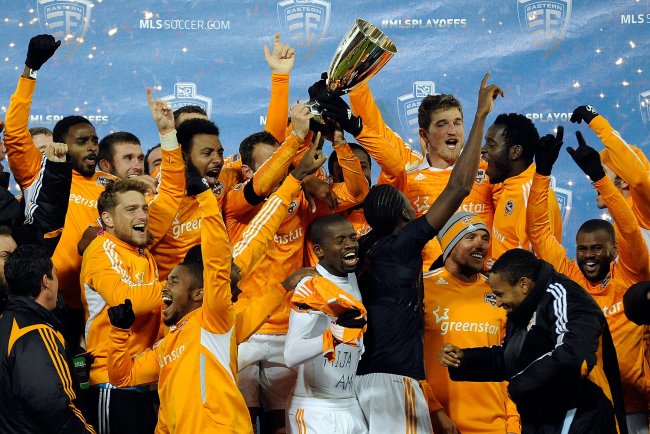 The Houston Dynamo Will Play in Three Straight MLS Cups

The New England Revolution—the soccer equivalent of the trophy-less Buffalo Bills—are the only MLS team to play in three consecutive MLS Cups (2005-2008).

The Houston Dynamo will be the second come 2013.

It will not be an easy road for the Dynamo. Sporting Kansas City’s offseason acquisitions of Argentinean Claudio Bieler, Ike Opara and Benny Feilhaber has beefed up its depth.

Will the Houston Dynamo Win the East?

Will the Houston Dynamo Win the East?

Even another year to develop DC United’s youth and heal the injuries that forced Ben Olsen to duct tape a starting XI in last year’s playoffs will contend for the Eastern crown.

But the Dynamo will prevail once more—thanks in large part to Honduran international Boniek Garcia.

Garcia was voted the Best Transaction of 2012 by mlssoccer.com. His seamless transition into MLS bolstered the Dynamo’s midfield last season.

Don’t expect Garcia to stop there. The championship promise he displayed in 2012 will develop further in 2013.

Like its competition, Houston has managed to quietly improve its roster in the offseason.

The acquisition of Colorado Rapids forward Omar Cummings provides Houston with another deadly striker to pair with Will Bruin up top. The 30-year-old striker tallied 39 goals and 27 assists in six seasons with the Rapids.

It may have not been the flashiest acquisition—nothing ever is when it comes to a Dominic Kinnear-coached team—but it is the kind of acquisition that allows a team to make another deep playoff run. 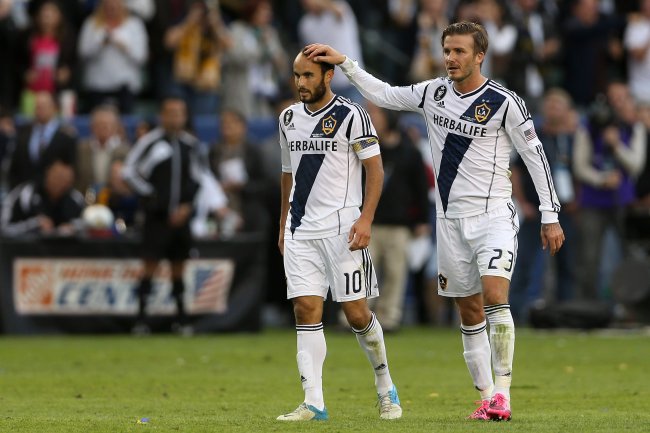 David Beckham will not be the only big-name star no longer donning the blue, white and gold of the Los Angeles Galaxy in 2013.

Decorated champion and American folklore hero Landon Donovan will extend his indefinite hiatus from soccer past the 2013 season.

For years, Donovan has been the best around

Donovan has given every indication that it will take more than a couple of months to reignite that fiery passion he displayed in the 2010 World Cup.

After lifting his fifth title, Donovan hinted further that he is a worn man headed toward retirement:

“I have to listen to my heart, and right now my gut says to get away for a while,” he said after the match. “I had a really nice moment where my sister … got to come down on the field and [the baby] was sleeping on her, and it sort of puts it all in perspective and makes me realize I want to be closer to my family for a while and then figure out the soccer later.”

That doesn’t exactly sound like a man dying to lace up his cleats.

This wouldn't be the first time an MLS player took an entire season to reevaluate his priorities. Alexi Lalas retired from MLS on October 10, 1999, foregoing the entire 2000 season. He returned on January 14, 2001.

Donovan won’t play for the Galaxy in 2013. He will not play for Everton in 2013, either (per The Sun). It is time for MLS and the American soccer fan to start considering life without Landon Donovan.

You're going to get a preview of it this year. 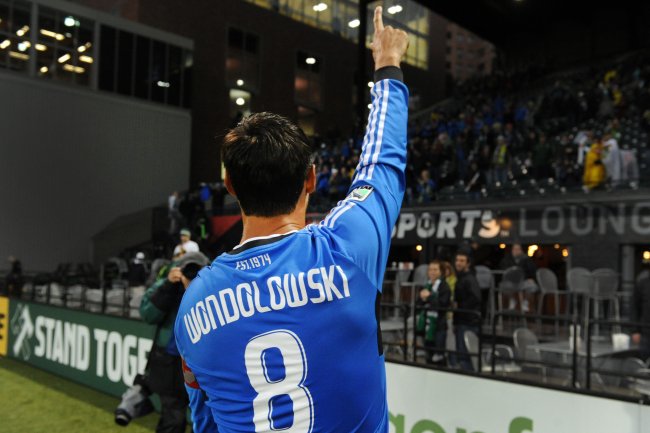 In 2013, Chris Wondolowski and Robbie Keane will take America on a similar adventure. But this time, no one will have to question the validity of it afterward.

Keane scored 16 goals in 28 starts last season. With a full MLS season under his belt, there is no more acclimating necessary to deter the progress of the Dublin native.

The field is set for Keane to dominate in 2013. 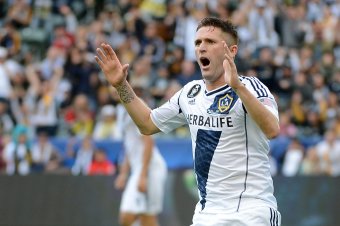 The absence of Donovan and Beckham leaves Keane as the focal point of the Galaxy's offensive attack. He will not disappoint.

Not to be outdone, Wondolowski will make another run at Roy Lassiter’s single-season goal record.

This time he will look to take more than a share of it.

Week after week, MLS will be treated to a cinematic performance from two strikers in pursuit of a prestigious record. It is the kind of chase that will catapult MLS to some resemblance of coverage on ESPN’s SportsCenter.

Whether either of the two manage to score the mystic, 28th goal is irrelevant. It is the experience of watching the two chase history that will captivate the American soccer fan in 2013.

We'd like to send you the most entertaining MLS articles, videos, and podcasts from around the web.